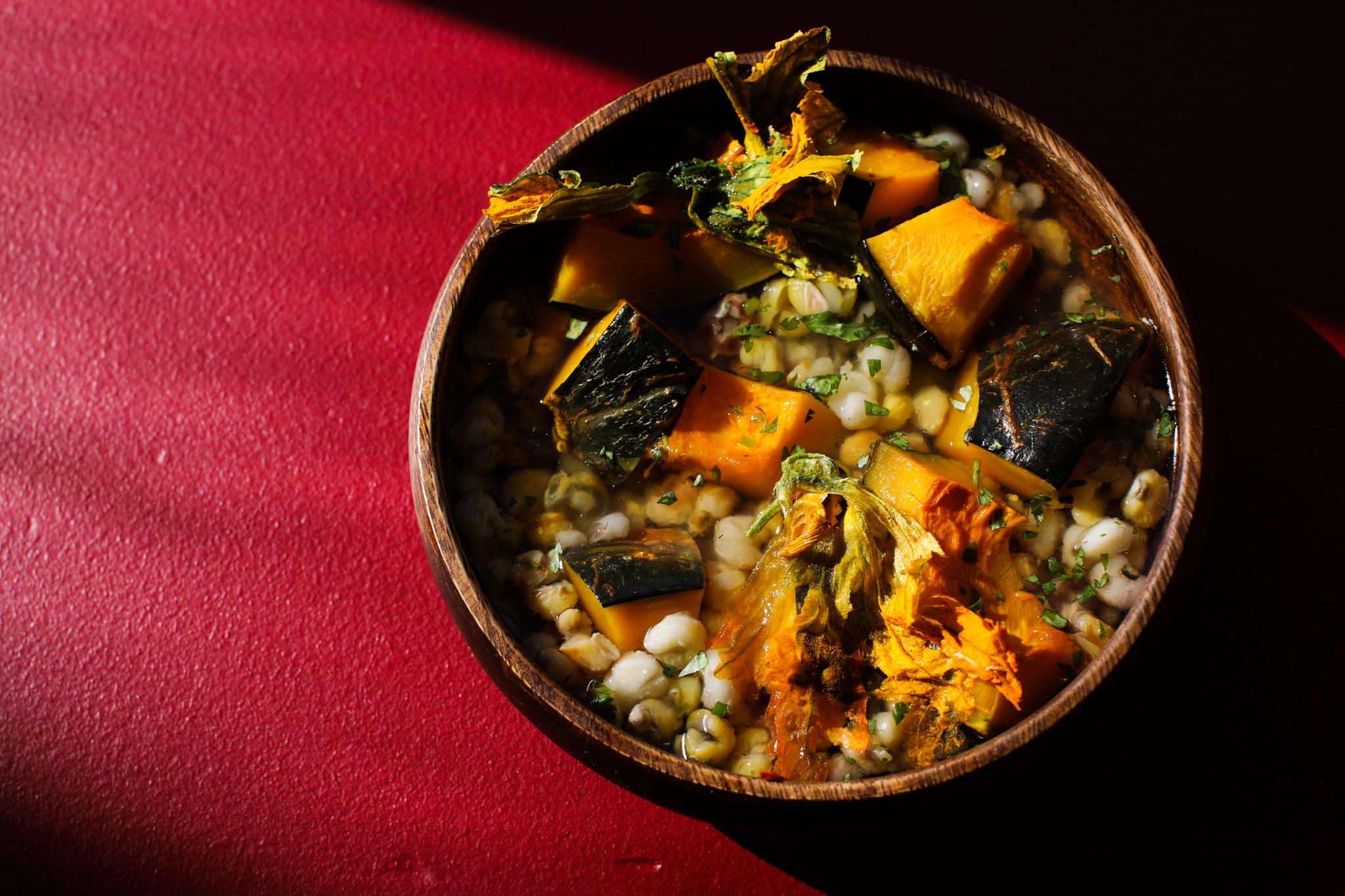 A rare Native American restaurant opens in the Bay Area next week. Here is a glimpse of the interior

The Native American community is already showing up for Wahpepah’s Kitchen, which will be the first Native American sit-down restaurant in Oakland when it opens next week on October 30.

Renowned Navajo artist Tony Abeyta painted a mural of corn stalks rising into a blue sky inside the restaurant at 3301 E. 12th St., the former Reem’s space in Oakland’s Fruitvale neighborhood. Lakota carpenter Stephan Cheney builds a large dragonfly-shaped redwood table, which has various symbolic meanings in different native tribes. Chef and owner Crystal Wahpepah, a member of the Kickapoo tribe, is intentionally keeping her restaurant closed in the evenings for now so community events can take over, with a big opening celebration scheduled for November 13 with Indigenous dancers and singers. .

Admittedly, she feels the pressure of being among the first, although this distinction is not entirely new to her. She was the first Native American chef to compete on Food Network’s â€œChoppedâ€ in 2016. (CafÃ© Ohlone, the world’s first Ohlone food pop-up, will open its first full-fledged restaurant in Berkeley later this year.)

â€œI try not to get caught up in the pressure because my heart knows I’m doing the right thing. It’s just our time, â€Wahpepah said.

The restaurant will serve breakfast and lunch, with dishes like blue corn pancakes and acorn waffles in the morning. The afternoon will see seasonal salads, soups, stews, and one of Wahpepah’s most popular dishes from his restaurant business over the past eight years: blue corn bison meatballs, stuffed blueberries and coated with blueberry sauce.

Feeding her home community healthy food is Wahpepah’s top priority. She skipped the eggs and breadcrumbs that often go in meatballs in favor of blue corn and, to combat the dryness of lean meat, a sauce on top.

The restaurant will offer plenty of vegan options, such as a traditional corn soup filled with hubbard squash and squash blossoms.

Salads can be topped with blackberries, wild rice, and elderberry vinaigrette, with protein options like salmon mixed with white corn and seasoned with cedar-smoked salt.

There will be no soda or sugary drinks. Instead, Wahpepah said she has become known for her native teas, such as wild plum, Virginia cherry, hibiscus, and maple-sweet elderberry.

When customers enter, they first see flyers and information about what’s going on in the indigenous community, as well as stickers and merchandise with messages such as â€œThis is Ohlone’s countryâ€. There will be take out salads and quick and easy breakfasts for BART commuters like blue corn muffins. Prices will range from around $ 6 to $ 18.

The restaurant, which has 49 seats inside and 49 outside, is decorated with foods that Wahpepah cooks with, like big buffalo squash and photos of dried corn. At the back, yellow shelves showcase indigenous ingredients: warm white corn, bay nuts, smoked salmon, black beans, cherry sauce. (Virginia cherry is one of the oldest berries grown in the United States, with a tangy-sweet flavor profile.)

â€œIf you came to my house, this is what you would see,â€ Wahpepah said. “This is what a native pantry looks like.”

Wahpepah grew up in Oakland but learned to cook from her grandmother in Oklahoma. She said Kickapoo food looks a lot like corn, squash, beans, venison, and turkey. She likes to expand beyond that, however, describing her food as intertribal and modern with a more eye-catching veneer.

She sources her ingredients from local suppliers when possible, including olive oil from SÃ©ka Hills and smoked salts from Sakari Botanicals. Local farmers grow native herbs and squash for the restaurant.

There is little representation of Native American cuisine in the Bay Area, with Cafe Ohlone’s pop-up offering the first taste of Native food to many non-Native Americans locally when it started about three years ago. . There’s also Fry Bread Shop, a stand inside a convenience store in Santa Rosa, although the fried bread is not native to Native American cuisine. While Wahpepah’s Kitchen has been around for about 10 years as a catering business, the chef’s food was typically only available at private events – and at the Indigenous Red Market, a monthly showcase in Oakland, where there is Often had a queue for Wahpepah’s buffalo meatballs and tea. Anticipating demand, Fruitvale Restaurant will take reservations on Yelp.

An earlier version of this story did not indicate that Fry Bread Shop is another Native American restaurant in Santa Rosa.

“Michele’s, a new Franco-American restaurant, will open at The Eaton DC on November 3”