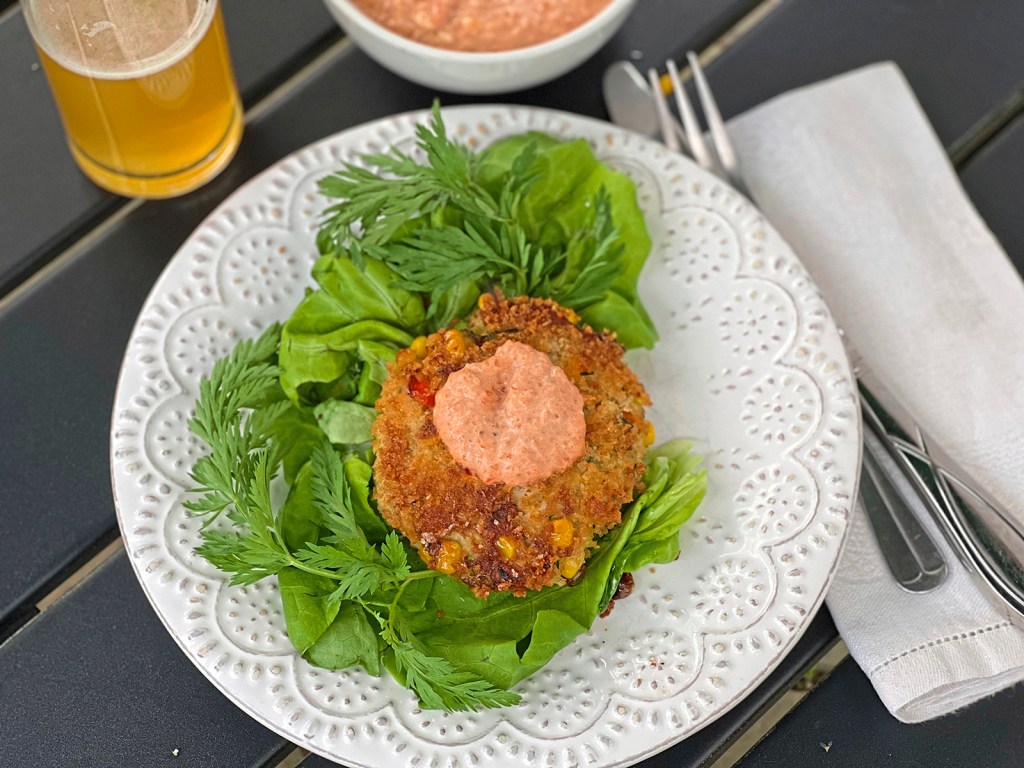 PITTSBURGH — Alexander Smalls was a professional opera singer before reinventing himself as a chef and restaurateur. It’s no surprise, then, that he brings an artist’s perspective to the recipes he created for his 2020 cookbook, “Meals, Music, And Muses: Recipes From my African American Kitchen” (Flatiron, 35 $).

He brings a pretty good ear to the Southern dishes featured in the book, offering a “soundtrack” of the bold and flavorful Gullah Geechee foods he grew up eating and learned to cook in Spartanburg, South Carolina – including some were featured at the Declaration & Resistance Dinner he hosted April 23 at the Westmoreland Museum of American Art to celebrate an exhibition by Baltimore artist Stephen Towns.

Each chapter pays homage to a musical genre linked to a food category. Appetizers, for example, are equated with the improvisation, blues and swing found in jazz, while rice, pasta and oatmeal – “lean on me” dishes that are often the backbone of a home cook’s repertoire – represent the comfort of spirituals.

As he notes in the foreword to the cookbook, food and music are inextricably linked in the United States, especially in African American culture. “Southern music and Southern cuisine are rooted in a knotty line that connects West Africa and Western Europe,” he writes.

Smalls spent years traveling the world as a young artist and won Grammy and Tony awards for the cast recording of George Gershwin’s “Porgy and Bess” with the Houston Grand Opera. Yet he was never able to break through the glass ceiling of the opera as a black man; his last audition with the Metropolitan Opera in New York, he recalls, resulted in an offer to be part of the chorus instead of the lead role in which he had debuted, to rave reviews.

“So I left devastated,” he says, “but really determined to get on with my life,” opening the intimate little restaurant he had always dreamed of in the back of his head.

Cafe Beulah, one of the forerunners of New York’s soul food revolution, opened in 1994 to rave reviews. Four other restaurants followed, including The Cecil in 2013, which showcases the interplay between African and Asian cuisines, and the jazz bar and restaurant Minton’s next door.

“I needed to own not just a seat at the table,” Smalls says, “but the whole table.”

His first cookbook, “Between Harlem and Heaven: Afro-Asian-American Cooking for Big Nights, Weeknights, and Every Day,” from 2018, won him the 2019 James Beard Foundation Book Award for Best American Cookbook. It explores the immense influence of the African diaspora on world cuisine.

With “Meals, Music, and Muses,” Smalls hopes to continue the conversation about the unsung contributions of the African diaspora to American cuisine.

“It’s basically my kind of ode to African-American cuisine, and my background if you will,” he says. “The purpose for which I was the creative person that I am.”

“Crab cakes are a staple of Southern coastal cuisine,” writes Alexander Smalls in “Meals, Music, and Muses,” which is why the chef and restaurateur has had them on his restaurant and catering menus for over 30 years old. This “Jazz” entrée, which can be larger for a main course or smaller as an appetizer, features a robust Creole mayonnaise spiced with cayenne pepper to enhance the flavor profile.

If you’re trying to cut down on fried foods, you can bake the crab cakes in a 400 degree oven until golden brown, about 5 minutes.

For the crab cakes:

For the Creole mayonnaise:

Reduce the heat to medium-low and simmer, stirring occasionally, until the mixture is the consistency of a thick paste, about 20 minutes. Let cool to room temperature, then refrigerate for 1 hour.

Transfer the tomato mixture to a food processor and blend until smooth. Pour the mixture into a bowl and stir in the mayonnaise. Refrigerate at least 30 minutes before serving or store in an airtight container in the refrigerator for up to 1 month.

To make crabcakes, place breadcrumbs in a shallow bowl. Shape crab mixture into 1 ounce patties (about 1 1/2 inches in diameter). Dip patties in breadcrumbs to coat and shake off excess breadcrumbs.

Fill a large cast iron skillet with oil to a depth of 1/2 inch. Heat over medium-high heat to 325 degrees. Working in batches to avoid overcrowding the pan, add the crab cakes to the hot oil and fry, turning once, until golden brown, about 2 minutes per side.

Popular in Southern states, these sweet treats — featured in the cookbook’s “Serenades” chapter — are easy to make and a perfect way to end a meal.

Line half a baking sheet with parchment paper. Drop the pralines by tablespoons onto the prepared molds and let cool completely.

– Adapted from “Meals, Music, and Muses: Recipes from My African Kitchen” by Alexander Smalls (Flatiron Books, $35)

“This salad is, for me, all about flavor, texture, and childhood memories,” writes Smalls in “Meals, Music, and Muses.” It’s one of many dishes that will be on the menu at the “Declaration & Resistance Dinner” on April 23 at the Westmoreland Museum of American Art. The cookbook is a tribute to his South Carolina heritage and the music that inspired the former professional opera singer.

It was on the menu when he opened The Cecil in New York in 2013. It honors his father and grandfather and the pears they grew in their backyard in Spartanburg, South Carolina.

The beans add protein and the pears a touch of elegance. A lemon vinaigrette ties it all together.

It’s a versatile recipe that can be made ahead for dressing later, and easily transitions from an appetizer to a full meal depending on size. I halved the ingredients for smaller portions.

Bring to a boil over medium-high heat. Cover, reduce heat to low and poach until pears are tender but not mushy, about 35 minutes. Let the pears cool to room temperature, then cover and refrigerate for at least several hours or up to overnight.

Prepare the vinaigrette: In a food processor, combine the vinegar, citrus juices, shallot, mustard, mayonnaise, honey and a pinch of salt and pepper. Pulse until smooth, about 30 seconds.

With machine running, add oil in a thin stream and process until emulsified. Taste and season with salt and pepper. Use immediately or store in an airtight container in the refrigerator for up to three days.

In a large bowl, combine the grape tomatoes, onion, cucumbers and greens to combine. Add the black-eyed peas and dressing (a little at a time, until the greens are lightly coated) and toss.

– “Meals, Music, and Muses: Recipes from My African-American Kitchen” by Alexander Smalls (Flatiron, $35)