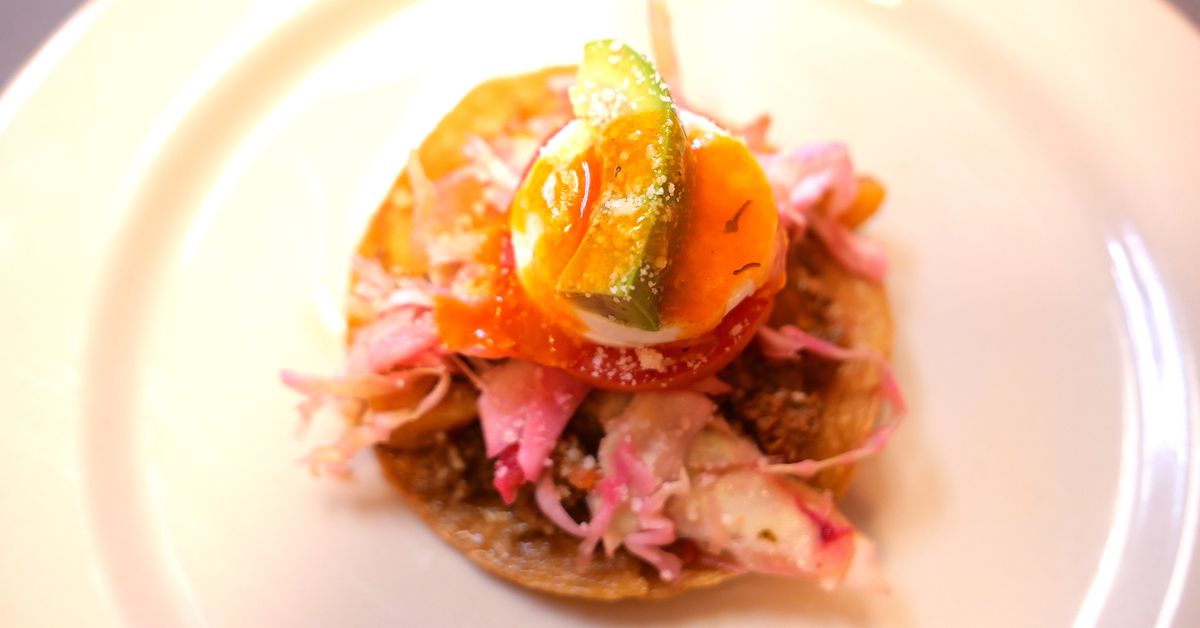 Antonio’s Coney Island occupies a small space in a strip mall in Ypsilanti and serves up a great version of Detroit’s iconic hot dog topped with chili, onions and yellow mustard.

Not many of them, maybe one or two a day.

That’s because top attractions include pupusas – typical of Honduras and El Salvador – bajadas (fried green plantains) and other Central American and Mexican favorites.

Owners Irene Serrano and Miguel Martinez opened Antonio’s in early 2015 as a regular Coney Island with plans to have specials featuring food from their native Mexico. However, a clause in their lease prevented the couple from serving strictly Mexican food because there was already a taqueria in the same mall. Serrano’s best friend, originally from Honduras, convinced Serrano and Martinez to try serving Central American dishes as there were many locals but very few restaurants to accommodate them. The friend shared some family recipes and the rest is history.

With a general lack of Central American restaurants in southeast Michigan, many diners in the area may be unfamiliar with the nuances of the food Antonio serves. The Honduran enchilada catracha, for example, is different from the Mexican enchilada, which consists of a rolled corn tortilla stuffed with meat, beans and/or cheese and dipped in a red or green salsa. Instead, the Honduran version is more like a tostada with a flat, crispy tortilla base topped with meat, Honduran coleslaw, tomato, avocado, boiled egg, and Parmesan cheese.

“I have clients from Guatemala, El Salvador, Colombia…from all tropical countries,” Serrano explains. “A customer from Trinidad and Tobago said our food reminded him of his mother’s and grandmother’s food.”

As for those who do not know the cuisine of the region? Serrano adds: “At first people may think it’s weird because they don’t know. But they see the fried chicken and try it the next time they are here. Then next time they will try something else.

This fried chicken is a very popular dish at Antonio – a fried quarter leg topped with coleslaw and Honduran mustard on tajadas (fried green bananas). Another beloved dish is the baleada – a flour tortilla with beans, cheese, cream, scrambled eggs and avocado – which Serrano describes as the perfect breakfast or snack.

Shortly after the opening, Serrano and Martinez received their first piece of positive press who praised Antonio’s for giving diners a taste of home. But the couple were still new to the industry and had a lot to learn.

“When we started, we didn’t think people [would] show… We weren’t ready, but now we’re strong,” said Serrano. “I cook with my heart. People say cook with your brain and cook to make money. No, I cook the way I like to eat.