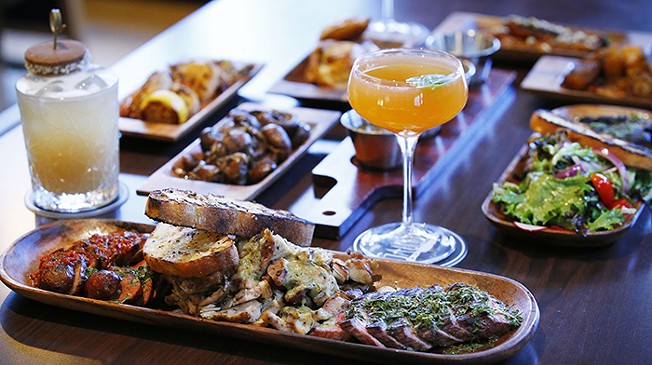 Before the coronavirus pandemic, a familiar sight in Pittsburgh was a long line outside the Gaucho Parrilla Argentina restaurant in the Strip District. It could be a cold weekday, and it didn’t matter. The line to order Argentinian steak was always long. And anyone who’s eaten at Gaucho understands why people wait: it’s one of the best dishes in Pittsburgh.

So it’s no surprise that Gaucho picked up two awards in Pittsburgh City PaperThis Year’s “Best Of” Readers’ Poll: The restaurant is readers’ best steakhouse and best Latin American restaurant.

Even before this announcement, Gaucho’s success was evident, as the restaurant had moved from its relatively cramped location in the Strip neighborhood to a larger venue in the heart of the downtown cultural district. And this new location means some service changes. At the old location, diners ordered at the counter.

“For the new location, diners can expect table service in any of our three dining rooms,” says Erica Isaac, General Manager of Gaucho. “The roof terrace is open weather permitting! We have a brand new grill, but the same wood-fired flavors we’re known for.

Diners can always expect those intoxicating smoky flavors and enjoy juicy flanks, chorizo, sirloins, and more, all with chimichurri and other South American sauces. Argentinians really know how to appreciate steak, and Gaucho honors that spirit.

Isaac says the new downtown location, even under coronavirus restrictions, still offers more seating than the old Strip location. And Gaucho now has a full bar, including popular South American cocktails like sangria, Fernet and Coke and pisco sour, plus other Pittsburgh favorites.

And to help Gaucho avoid the infamous lineups he was known for, the restaurant has a new reservation system. No more waiting outside.