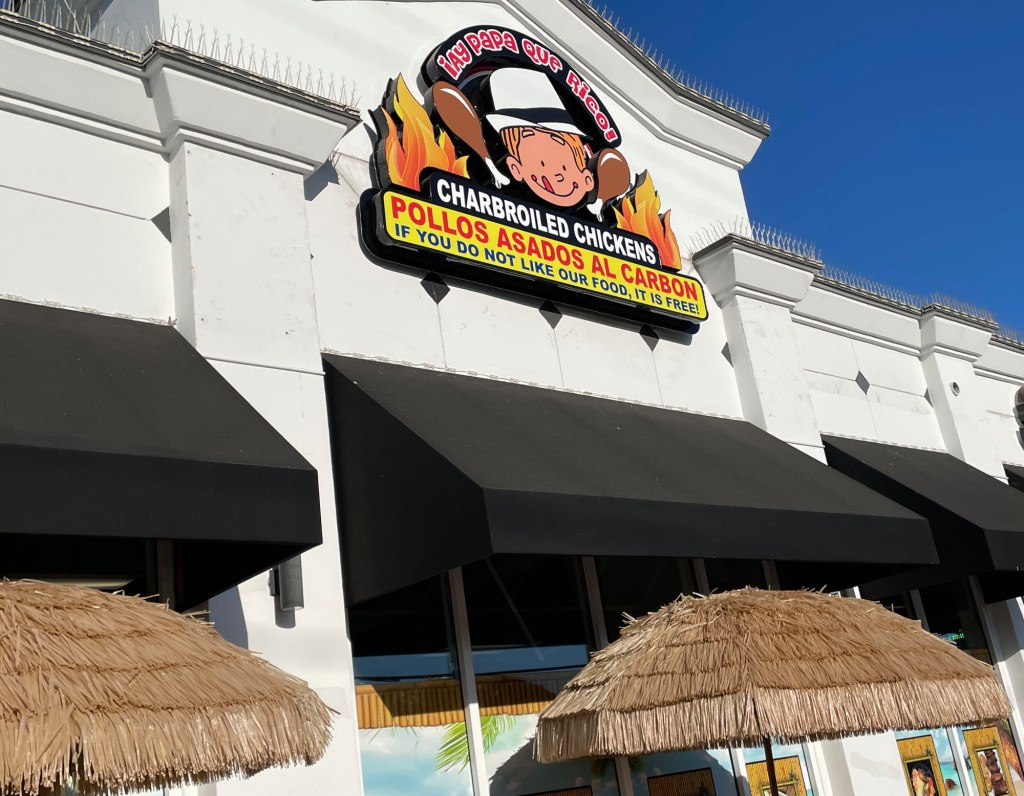 I might be wrong, but I think when I first wrote about the first incarnation of Ay Papa Qué Rico !, It wasn’t that long ago that I was struck by how this pan-Latin American concept was the kind of restaurant that could open branches everywhere and be very successful with its grilled chicken, Cuban sandwiches, Mexican chicken, Colombian sausages, Argentinian empanadas and Suite.

It didn’t take long for this Van Nuys destination to expand to Arleta, Sun Valley, Canoga Park and Palmdale – and that was in the last five years or so. Give them some more time and watch Ay Papa grow even bigger!

I wrote then, and will write now, that Ay Papa is pretty much all I look for in a restaurant. I may have parked on a large Boulevard de la Vallée, but once through the door, I am in a side street of Havana, Cusco or Oaxaca, in a room full of good smells, good sounds , good people and great food. . I am, in a word, transported.

And yes, a meal at Ay Papa Qué Rico! is a transport experience. Part of this comes from entering a space evoking the smell of barbecue – chicken and beef and carne asada and carnitas all sizzling like a storm, creating an aroma of yummy deliciousness. You sniffle and you have to eat.

Part of that belongs to the sheer quirkiness of the place – a counter here, a counter there, customers coming and going with large aluminum pots that they bring home to chew with. friends while watching the game of the moment, a market full of produce from there and a bakery that makes pastries you know will be fabulous for breakfast the next morning (assuming you don’t devour them in the car on the way back).

And part of that comes from the sheer affability of the waiters, who love the process, and do it with such bliss, communicating perfectly with smiles and gestures if their English isn’t as well done as the chicken. They are reminiscent of the old adage that every task, whatever it is, should be accomplished with joy. It’s a lesson in life that much more expensive and posh restaurants would do well to learn.

As we are told on the site, Ay Papa is all about the family. Under a photo of founder Chris Rodriquez and one of his children (or perhaps one of his grandchildren), the restaurant proudly writes: “Ay Papa Qué Rico! is a small family business. Chris and three of his children strive for the best quality and customer service. … Ay Papa Qué Rico! is the home of fire-grilled chicken, the signature Cuban flavored and cooked to perfection chicken that was developed by owner Chris Rodriguez… [and] works as a container for everything delicious: chicken, ribs, rice, beans, platano maduro, sandwiches and many more. … Ay Papa Qué Rico! is a neighborhood restaurant well known in the community as a place that makes you want more. A place that brings together communities and families… ”

The name, especially memorable, has many meanings which in a restaurant boil down to something like “Daddy, this is delicious!” That works with the logo of a boy with a cool face, propped up by drumsticks, wearing a Borsalino hat, licking his lips. The menu is on hanging signs in the restaurant which can be a bit confusing – some are for certain dishes, others for take out platters. The brightly colored takeout menu can be the easiest way to know what to order.

Who, for those of us who have eaten garlic chicken in Versailles over the years, starts with the mesquite grilled chicken, served with white or yellow rice, black beans or pinto, salsa, tortillas – and a grilled jalapeño that’s not to be taken lightly. In the case of the one I had, the jalapeño seemed a little hot on the first bite – and by the time I got to the seeds, my mouth was on fire.

Thank goodness for the fruit milkshakes – coconut, pineapple, the Mexican “apple” called sapote and more – which go a long way to put out that fire. There are also vegetable and fruit drinks. But no beer. Too bad.

The chicken, served half and whole, is a world apart from that of Versailles. While not garlic-less, it isn’t quite as garlic – this one has more of a tropical sweet flavor, crispy skin, tender meat underneath. And once you’ve gotten to the chicken, watch out for baby’s really good back ribs, about to fall off the bone, but still with a fair amount of chewing. There are also oversized prime rib. And a trio of country sausages (Colombian, we are told), which add to this feeling of being… elsewhere.

For small dishes – the antojitos – there are fried plantains, fried tostones with green bananas, fried yucca, fried potatoes. The empanadas are of course fried. But the papa rellena with beef is not. Neither do Salvadoran chicken and corn tamales – another country heard from here.

For those who need it, there is a trio of salads: green, tuna and chicken. What I needed was the flan for dessert – both smooth and smooth, served in a soothing regular custard flavor and a coconut pattern as well. And a strong, invigorating Café Cubano didn’t hurt either – one more flavor that comes as a shock to find the San Fernando Valley on your doorstep.

Sneak peek of the upcoming American restaurant in Nuthall with fried chicken, waffles, and an outdoor play area