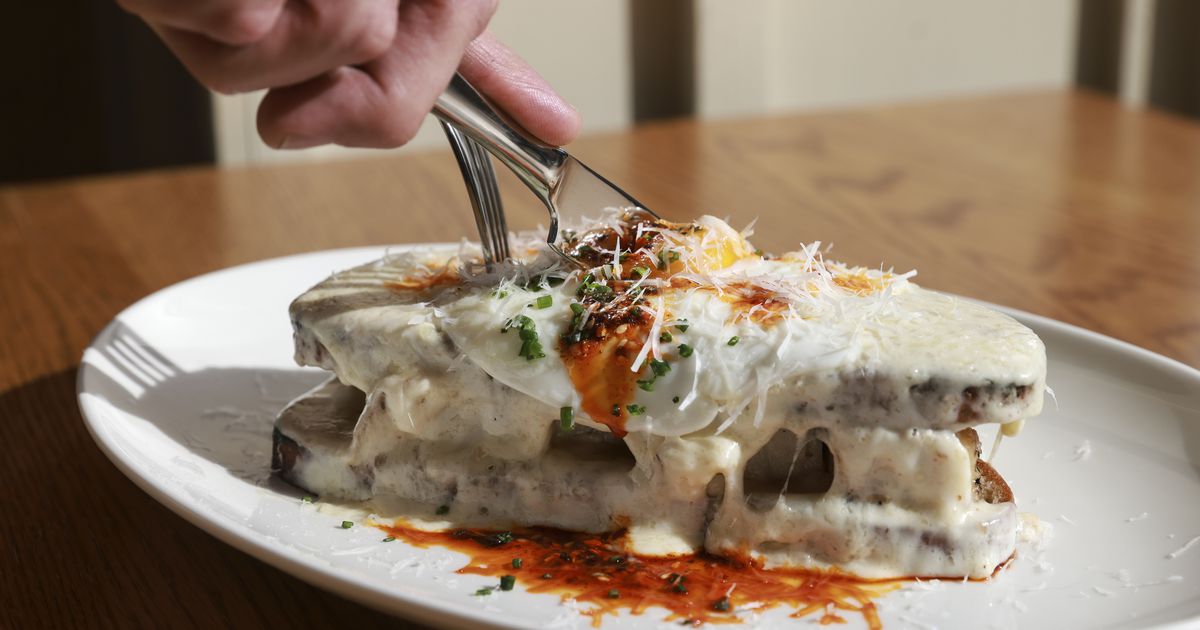 This is how you remember the name of new dallas restaurant The finch.

The finch is at the Mockingbird station, in a mall where Mockingbird Lane intersects Central Expressway in Dallas. “I’m thinking of Mockingbird Station,” says co-owner Imran Sheikh. “I think of the book, Kill a mockingbird. And Atticus Finch, the main character.

There you go, it’s The Finch.

In Sheikh’s experience of opening eight restaurants or bars in North Texas, this is the only time so far that a name has come to him “in 10 minutes.” You’ve probably heard of Milkshake Concept’s other restaurants, like Harper’s, Citizen, Stirr and Serious Pizza in Deep Ellum. Vidorra, their fastest growing restaurant, in Addison and Deep Ellum, will expand to at least three more locations in 2023.

Sheikh already has confidence in The Finch, even before it opened: he plans to open this restaurant in Grand Prairie and Nashville in 2023.

Inside the Finch in Dallas

The Finch serves lunch, dinner, happy hour, and brunch in a casual but upscale restaurant with windows on two sides of the building showing busy Mockingbird Lane. For almost 20 years, this restaurant space was Cafe Expressthen it sat vacant, a question mark for those of us who passed it several times a day. It seemed like a privileged placewith great visibility, for a restaurant.

If only they could find parking.

Sheikh is prepared for this, with free valet parking provided outside the front door. Mockingbird Station has enough spaces, but once the spaces out front were gone, Dallas residents complained about parking in garages a few steps away.

“We want to remove all barriers,” says Sheikh.

The menu is mainly composed of classic dishes. Sheikh is proudest of the steak frites inspired by global restaurant chain Le Relais de Venise L’Entrecôte, which has two restaurants in Sheikh’s hometown of London.

Chef Eric Freidline, formerly of Sevy’s, has crafted a menu that includes Wagyu sliders, French onion soup, Greek salad and crispy striped bass. They added an A5 Katsu sandwich, the pricey “sando” that we saw become a trend in the US a few years ago. (I paid $120 for one at B&B Butchers in Fort Worth in 2018.) Finch’s Katsu sandwich is $49 for lunch or dinner or $30 during weekday happy hour from 3-6 p.m.

The chefs joke it’s no way to make money – it’s expensive beef between chunks of toast – but they think it’s a fun addition.

Happy hour here has a real opportunity. From Monday to Friday from 3:00 p.m., cocktails, bubbles, oysters and aperitifs are half price. With its location at the intersection of East Dallas and Park Cities, with SMU nearby, half-price appetizers seem like a good way to go to a restaurant where it would be easy to spend $50 on an entree. and drinks, per person, at dinner time otherwise.

A kids’ menu includes the option of a slider, grilled cheese, or pasta. Or, a selection of pepperoni, buffalo chicken, margherita or chicken tikka pizzas might suit some younger eaters. (These also seem like a good starter for hungry adults looking for a slice before a main course.)

I would start with Freidline’s blue crab dip with smoked trout caviar. It’s a great dip on its own, enhanced by the potato waffles served on the side. These little triangular wedges hold the creamy, salty crab dip together nicely. As a bonus, the potato waffles are gluten-free.

6 new restaurants you need to know in Dallas

At brunch, the menu expands to include eggs Benedict with Wagyu pastrami, French toast with burnt bananas, shakshuka arrabiata and a drool-worthy croque madame. Or, honor the theme and get the brunch burger of the same name. Atticus’ burger comes with a fried egg and bacon on a spiced brioche bun.

Correction of November 18, 2022: This article incorrectly stated that The Finch did not have a children’s menu. It does! Menu items are reflected above.