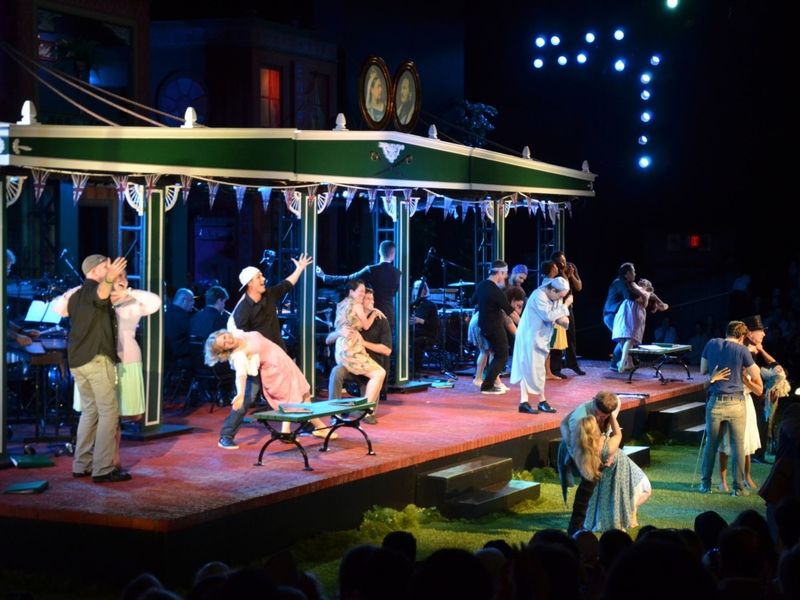 “It was before the Black Lives Matter movement,” Parvizi said. It was also before Harris’s book High on the Hog: A Culinary Journey from Africa to America became a Netflix documentary.

Two and a half years later, tickets for “African/American,” which opens Feb. 23 in Harlem, finally went on sale this week.

The exhibition tells the story of how a group of advisors, curators and leaders in black food and culture were able to guide their exhibition through the cancellations of the Covid-19 pandemic and a giant cultural shift. on the run to reach the finish line.

It all started on Kickstarter. Since MOFAD is a relatively new institution, it has often turned to Kickstarter to raise funds and build an audience.

“We say food is a culture, and as an extension of that, having the community be a part of the exhibit before it comes out helps us reinforce that culture,” said Letti Campo, development manager at MOFAD. .

The response was great: MOFAD raised over $150,000 in three weeks. Supporters were eager to be part of the exhibit, Campo said.

It was scheduled to open on April 3, 2020. Its centerpiece is The Legacy Quilt, 400 handmade blocks that tell the story of African American luminaries in the world of food. Among them are Edna Lewis, a stalwart of the farm-to-table movement, and Leah Chase, who ran Dooky Chase in New Orleans, which has become a gathering place for civil rights activists. The Chicago Test Kitchen Ebony magazine has been recreated. A “movement table” allows guests to experience the migration of the African Diaspora through an interactive meal in virtual reality.

In early March 2020, the MOFAD team pushed back the opening date as news of the novel coronavirus reached New York.

Thanks to the Kickstarter campaign, the organizers of the exhibition were able to stay in contact with the backers. They sent some of the rewards, such as block prints of the quilt.

Many artifacts already installed at the Africa Center have returned to temperature-controlled storage, said Parvizi, who joined MOFAD about a year ago. During Haiti, MOFAD created pop-up events related to the exhibit, such as an oyster tasting inspired by the black oyster farmers of Staten Island, one of the New York groups who introduce themselves as “African American.” . At one time, oyster farmers were among the wealthiest black communities and they helped fund the Underground Railroad, Parvizi said.

Other aspects of the exhibition have been redesigned. Because Harris is a scholar, many panels in the exhibit were loaded with text, Parvizi said, as Harris tried to convey a lot of history in a small space. As the team looked at the layout through the lens of healthier Covid-era airflow, they realized that long blocks of text could lead to crowding as groups lingered to read.

The public interest in Black Lives Matter has given Harris the opportunity to share his work in other venues, including through the Netflix documentary, which debuted last year.

Originally, food tastings were to be part of the museum’s program, with visitors gathering around the table to share meals prepared by black chefs.

“It was a tool that we had taken from us,” Parvizi said.

Now customers can purchase a “lunch in a shoebox,” a meal inspired by the lunches black men ate when heading north from the segregated south. They knew they would not be served in the restaurants along the way.

The original intention was that guests could take their shoebox and eat at communal tables. Now meals are on the go, just like they were in Jim Crow days.

After the long hiatus, ticket sales started pouring in yesterday as the long-planned exhibition becomes a reality.

“We give people a taste of history,” Parvizi said.