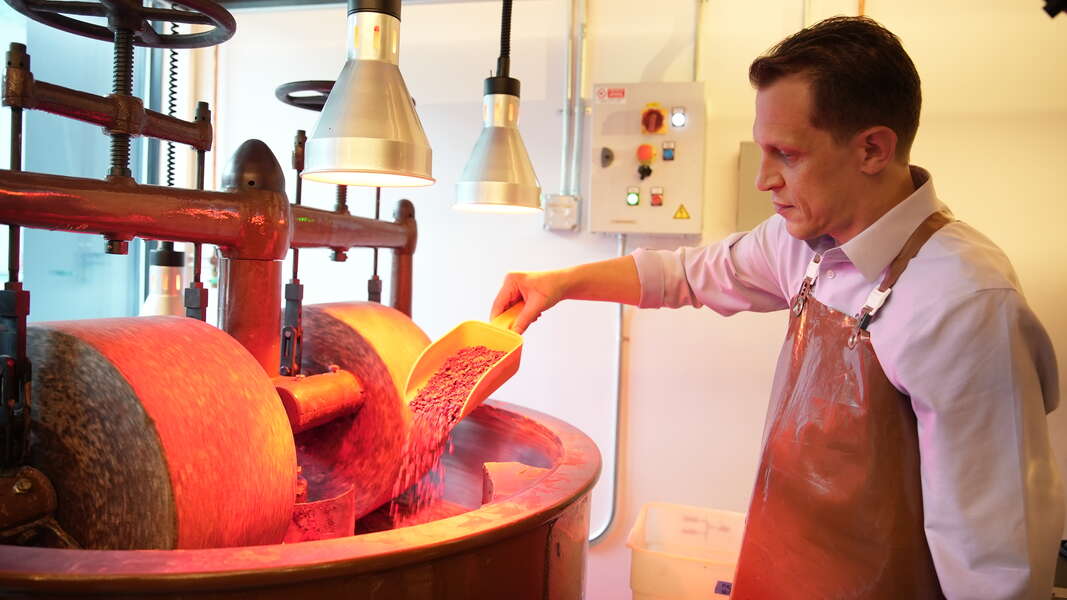 Decades old bread dough. Wars of the cola makers. Hypermasculine advertisements for cheeseburgers. The ways Americans make, market and consume our favorite foods have a complicated and fascinating history as old as our nation itself, and sometimes older. As connoisseurs of the weird and the wonderful when it comes to cooking, Thrillist has long been fascinated by all aspects of what makes our lives delicious. The new series produced by Thrillist Messy History of American Foodto discover+ on May 11, is an examination and celebration of the origins of everything from bread to cereal to chocolate, and nothing is out of place.

You might not realize exactly how much history lives inside the bagel you get at your convenience store every morning, or the can of Coke you surreptitiously open when you need a caffeine hit. the afternoon. With episodes focusing on foods as innocuous and broad as “Bread” and “Burgers,” Messy History of American Food delves into the extraordinary detail of the things we eat every day — or, in the case of “Wings,” the things without which no Super Bowl party is complete. Did you know there is a bakery in San Francisco that uses a sourdough starter from the 1800s? Or that Coca-Cola wasn’t the only soft drink mixed with, uh, suspicious substances? The show presents these facts with a combination of archival footage intercut with interviews with chocolatiers, soda lovers, and Thrillist’s own food experts to give you insight into all the messy details.

The history of the McRib

But, because the show is committed to honesty, it’s not all fun and games. Messy history is careful not to obscure darker details, such as the origins of Native American fry bread, which was originally baked with extremely unhealthy ingredients given to them after European settlers moved their tribes to reservations and annexed their hunting grounds. There’s really no way to explore the whole story of something as multifaceted as the food we eat without facing the reality of why it’s the way it is, and this willingness not to shy away from these stories makes it a much richer experience.

There’s an unmistakable – and timely – theme that runs through many episodes of the series: primarily how much of the food we take for granted as everyday parts of our own lives are the products of immigrants. Most of the things we think of as purely “American” aren’t at all. Polish Jews brought bagels to New York. Korean restaurants have created their own version of chicken wings. The sourdough came from Mexicans who traveled to California for the gold rush. Everything we own comes from elsewhere and carries with it the value of many generations of social complexities and innovations.

Messy History of American Food brings all of this to the fore and more and, with its half-hour episodes, gives a lighthearted but in-depth investigation into the subjects of each of its episodes. You’ll learn why Hershey’s chocolate tastes that way, why “sliced ​​bread” was such an earth-shattering invention, and why exactly so many burger chains decided the best way to market their product was to film models eating them while washing their hands. cars. That bowl of cereal you have every morning? You’ll never look at it the same way again.