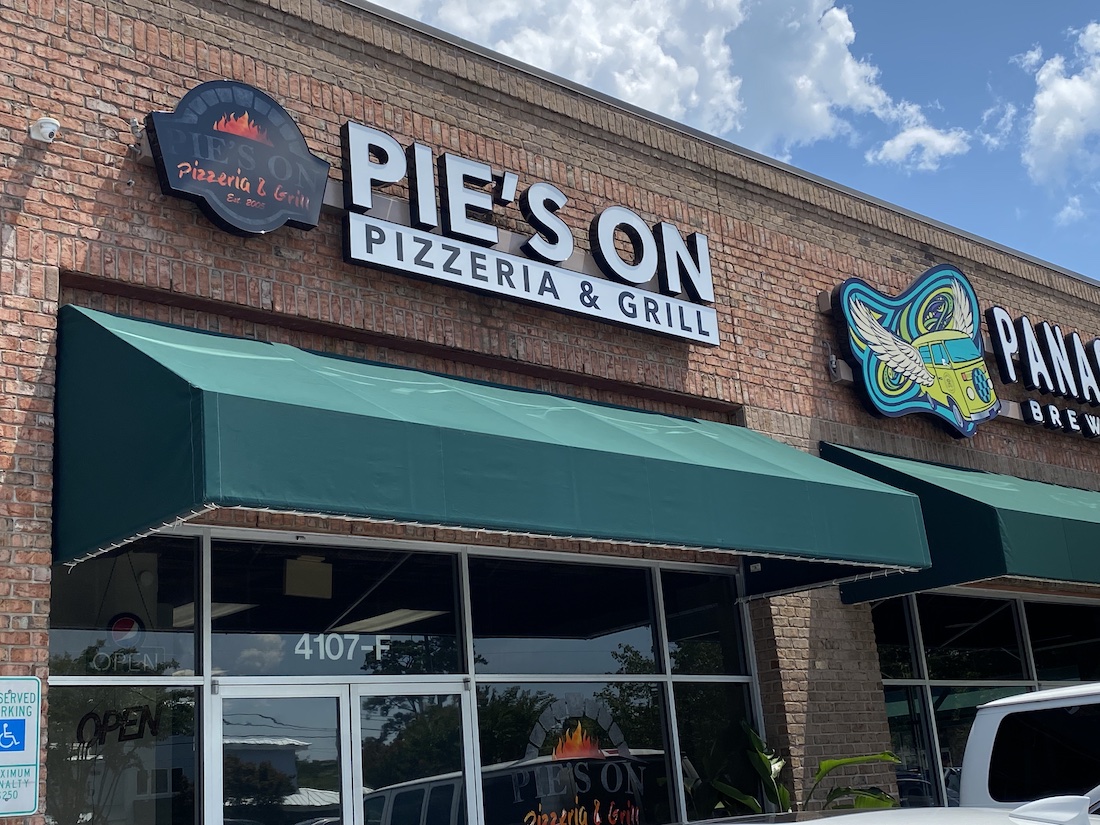 WILMINGTON — A A classic Italian-American dish, well known in the North, has diners flocking to a new restaurant on Oleander Drive.

“We’ve noticed a lot of upstate New Yorkers from the Utica and Rome area coming in and specifically targeting our chicken rigs since opening Friday,” owner Brad said. Heaton at the Port City Daily.

Heaton opened Pie’s on July 29, four months after renovating the space of what was once the much-loved Pizzetta’s Pizza.

Pizzetta opened in Anderson Square over a decade ago from Sal Lucido and Vito Lucchese before closing in March; the team is focusing its efforts in Leland. Heaton had become a fan of the Wilmington establishment.

“Sal’s pizza is phenomenal,” he praised. “I’m not going to say my pizza is better than anyone else’s, but it’s good Italian food at home – we’re more than pizza.”

Founded in Dingmans Ferry, Pennsylvania, Pie’s On is a family business that Heaton and his father, Ken, started in 2005. Originally from upstate New York, Ken added a popular Utica pasta dish to his menu: Chicken Riggies – made with grilled chicken, rigatoni and hot peppers or sweet, served in a spicy cream and tomato sauce.

The Pie’s On version is made with banana peppers, the juice from the peppers added to a vodka sauce. “It’s not like a jalapeño heat or any kind of cayenne spice,” Heaton clarified, rather it gives the dish a more tangy zest.

Another item that was a hit in the restaurant’s childhood: Upside Down Pie. A square pizza, the thickness of the dough is between a hand and Sicilian crust. The cheese is topped first, then the sauce, then the Parmesan. Added toppings range between cheese and sauce.

And it shouldn’t be confused with a Chicago deep dish.

“We’re not from Chicago; we don’t claim to be,” Heaton said. “It’s not about where you came from, it’s where you are right now.”

In that vein, he named his take on Midwestern pizza the “Wilmington Deep Dish.” The 18-inch pie will be created in a 2-inch-thick round pan – once the pans arrive, which Heaton is expecting this week.

“You know, supply and demand,” he said.

The restaurateur waited quite a few items during the process of opening Pie’s On at 4107 Oleander Drive. Heaton had hoped to be up and running in time for his father’s 76th birthday in June, but stocks of small necessities, like salt and pepper shakers, for example, are in short supply. He also had to renovate parts of the 40-seat restaurant, including adding more refrigeration, which delayed the process.

Heaton stays true to the restaurant’s roots; it’s family, with his father, his daughters, his niece and his sister portion. His wife, a dental hygienist, also steps in when available.

The Pennsylvania facility—twice the size of the Wilmington facility—is still operated by the family in the North as well. Heaton said he and his dad drive around and check in when they can: “We kind of take turns teaming up.”

Heaton always helped his father run the flagship Pie’s On, located more than an hour from New York City, even though he had other jobs. A former member of the Air Force, Heaton participated in the Helmets to Hardhats program to transition into an Army trade, which led him to Local Union No. 3 IBEW, building elevators in New York.

Quarry moved Heaton to Wilmington five years ago; her father also moved to live with Heaton’s family. Heaton said he loved being an elevator mechanic, but when he was promoted to supervisor, supervising a team of people changed his workload. It was also taking longer, especially when it came to troubleshooting and problem solving.

“It was a 24/7 job,” he said. “I was starting to miss important things – and I realized recently, with everything going on in society with Covid, I wanted more time with my family.”

He changed careers six months ago after selling a house they owned in the North to help fund the second restaurant (they are also in the Airbnb business, he added).

Pie’s On is open six days a week and closed on Sundays.

The family is an integral part of the foundations and values ​​of the restaurant. It offers family packs to serve larger quantities of people, mixing and matching pizzas, pasta salads and appetizers.

Not only did the Heatons select recipes from their North American roots, but they also drew inspiration from their southern Italian heritage. One dish stands out body and soul among the 100 items on the menu.

Italian sausages are added to the beef mixture and herb ricotta adds a creamier flavor to the layered noodles and house red sauce dish.

Appetizers, wraps, subs, burgers and paninis, salads and desserts are appearing. Heaton said calamari, for example, is fresh, not frozen, and he gets fresh clams and mussels — the latter including both New Zealand green and black shells.

A long offer of calzones and pizzas, by the slice and whole, completes the menu. Specialties exist, such as a taco or a Rio Rancho pizza, as well as traditional offerings like margherita and white pies.

“We also do a monster 28-inch pizza,” he said. “This is our party pizza that we cut into squares.”

In fact, hearty portions and reasonable prices are what Pie’s On is all about, Heaton said, “I strive to give people what they pay for.”

“I’m also a people pleaser,” he said, a beneficial quality to have in the hospitality industry.

He has served over 200 people in the first four days so far and remarks that the lunches have been the busiest. “Probably because he’s surrounded by so many big companies,” he said. The mall is also home to Tanglez, Panacea, and Cape Fear Jewelry, among others.

Pie’s On menu prices range from $9 for appetizers, sandwiches and salads to $24 for pies, with entrees starting at $14. The menu is subject to change after the first 60 days, Heaton confirmed. He basically copied the Pennsylvania restaurant’s offerings, but will scale them down based on what appeals to Wilmington diners the most.

Chicken riggies, he said, are proving to be a mainstay: “We’ve been bombarded with orders.”

The restaurant offers in-house delivery — not through a third-party app — and Heaton said her staff will go anywhere in the county that doesn’t require crossing a bridge, Snow’s Cut or Wrightsville Beach. The restaurant is open for take-out and on site from Monday to Saturday from 11 a.m. to 9 p.m. (the dining room closes at 8:30 p.m.). Beer and wine permits are coming soon, but for now it’s BYOB.

Want to know more about PCD? Subscribe now, then sign up for our morning newsletter, Wilmington Wire, and get the headlines delivered to your inbox every morning.