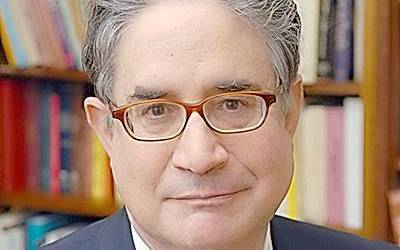 Does American cuisine deserve culinary respect? The author will participate in the Milford Readers & Writers Fest

Historian and author Paul Freedman asserts that American cuisine is as worthy of culinary respect as French, Italian or Chinese cuisine. He’ll explain why when he appears on stage for a conversation titled “What is American Food?” at the fifth annual Milford Readers and Writers Festival on Saturday, September 17.

In his recent book, “American Cuisine-And How It Got That Way,” he traces the historical experiences that have influenced American cuisine. His previous book “Ten Restaurants that Changed America” ​​highlighted iconic restaurants like Howard Johnson’s, Schrafft’s and Chez Panisse, which, as diverse as they are, were important milestones in the evolution of a uniquely American menu. .

Freedman will be interviewed by local author, journalist and foodie Richard Morais, author of best-selling “The Hundred-Foot Journey,” which follows the life of an Indian chef as he conquers the world of French haute cuisine. It was made into a great movie starring Helen Mirren.

Freedman, professor of history at Yale University, is an authority on medieval Europe and author of more than 10 books. This is her second appearance at the festival.

For more information about the festival and to purchase passes, go to milfordreadersandwriters.com.

The Milford Readers & Writers Festival is a project of Pike Artworks, Inc., a 501-c-3 nonprofit organization organized by a group of community volunteers from the Upper Delaware River Valley region.

Freedman, professor of history at Yale University, is an authority on medieval Europe and author of more than 10 books.