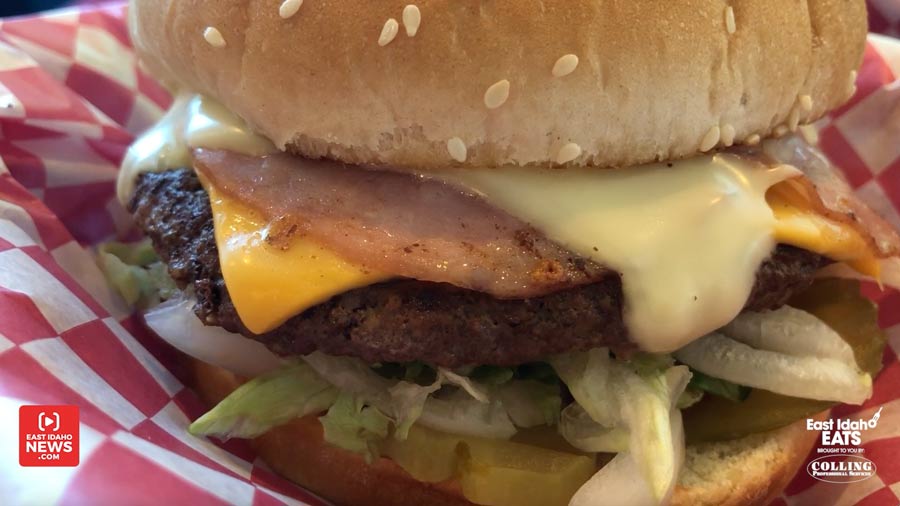 EastIdahoNews.com recently visited the restaurant, where we tried the All-American burger, the cheddar and turkey bacon sandwich, and the chicken strips. Watch it in the video above.

Owner Kevin Rupe started working at the restaurant as a kid when it was an A&W. He has gotten to know many customers over the years and this is his favorite part of running the restaurant.

“If you’re going to run a restaurant, you have to be a people person. Over the years I have gained literally hundreds of friends. When customers come in, I like to visit them at the table,” Rupe told EastIdahoNews.com.

He also owns Tommy Vaughn’s Grill at 850 Jensen Grove Drive with his son, Tyler. He is proud of the family heritage and reputation of both restaurants.

Kevin’s father acquired the former A&W space on Main Street in 1962. He operated it until 1978 before selling it to someone else. They turned it into an R&B Drive-in after six years.

“After two years of R&B, they just went bankrupt. So dad bought the property. He contacted me and asked if I wanted to perform it and I said, “I’ll give it a shot,” Kevin recalls.

It opened as Rupe’s in 1987 in the original cinderblock building with a 10-person counter and 16-vehicle carhop service.

After 13 years, Kevin says they’ve outgrown space. The current building, which is to the east of the original restaurant, was completed in 2000. The original building has since been demolished.

After serving clients his whole life, Kevin says he plans to retire in a year or two so he can go on an extended vacation “longer than a weekend” with his wife. But he says he will never walk away completely.

He is happy with the current situation and has no plans to expand into other markets, but he hints at other opportunities that might interest him.

“I’ve always been curious to know why no one comes to franchise this restaurant. It has proven itself and done very well all the way down the valley,” he says. “We never really pushed it, but we think it would make a great franchise.”

Regardless of what the future holds, Rupe says “the community has been good to us” over the years, and he’s grateful for the friends he’s made and for being of service to customers.

“I can’t thank them enough for all they’ve done for us, and we try to give back to the community as much as we can,” Rupe says. “It’s a very good city. I am so happy to live here. I have all my kids here, and it’s just a great place to raise a family.