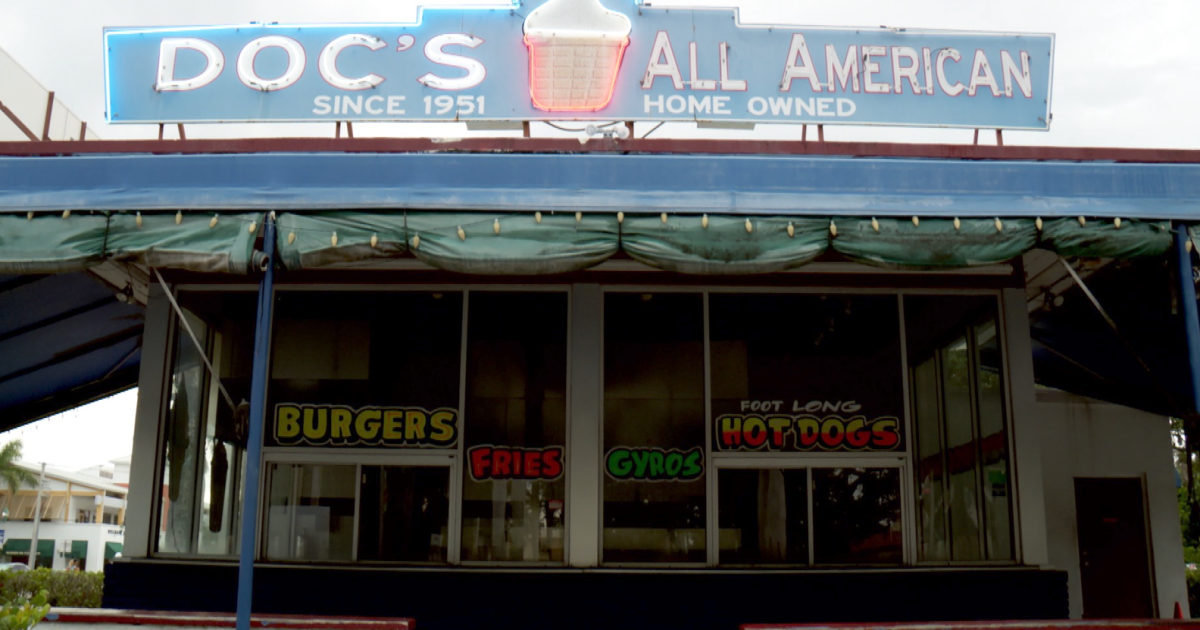 The 1950s restaurant is a staple of post-war architecture on the corner of Atlantic Avenue and Swinton Avenue.

“Everybody loves Doc’s for some reason,” said Price Patton of the Delray Beach Preservation Trust.

Patton said everyone remembered the 6 cent ice cream cones that were sold here in the 1950s, “People my age remember coming here as kids and how excited they were .”

“There was a lot of concern because everyone thought they were going to tear it down,” Patton said.

Landowners and developers said Doc’s was not going anywhere and they were fighting to make it a historic site.

“Get it designated and register it in the local registry,” said developer Steven Michael.

Michael said they intended to develop the land right next to Doc’s, but they wanted to research the historic designation first to reassure everyone that nothing will happen to Doc’s.

“Doc’s is a landmark, not just the building, but the concept, the idea and the location,” he said.

Plans for Doc’s include creating seating inside where the old kitchen was.

Patton said the decision to make Doc’s historic was what everyone was waiting for. “Now they’ve admitted it was historic,” he said.

The Delray Beach Historic Preservation Board has given approval to move forward to put Doc’s on the historic list, now the decision is up to the city commission in October.

“I’ll be much more excited when the city commission approves it,” Patton said.