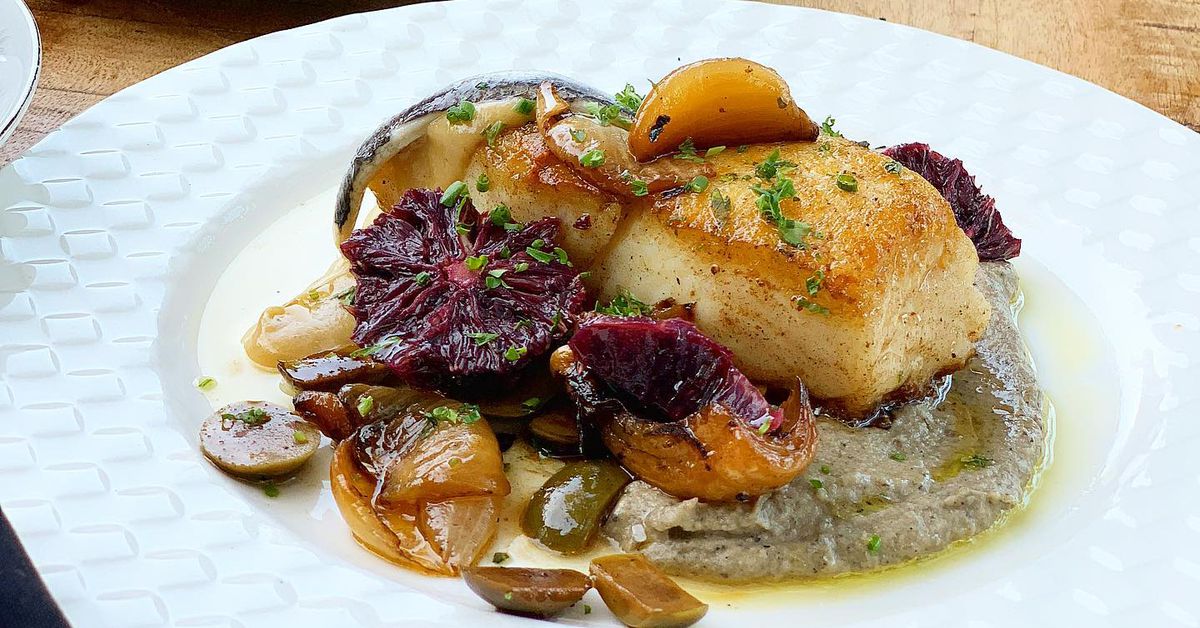 Part of the team behind West Campus gastropub Hopfields opened a new casual restaurant in Bouldin Creek in early summer. The simply named 1417 took over in mid-June the original location of the now closed Thai spot Sway at 1417 South First Street.

The restaurant’s kitchen is overseen by Executive Chef James Flowers (who still remains Executive Chef of Hopfields) and Sous-Chef Michael Winkelman (who worked in Austin for Australian cafe Two Hands in New York). The Managing Director is Victoria Carvalho, who was previously at Lazarus Brewing Co. The co-owners of 1417 are Pedro Carvalho (formerly Managing Director of Hopfields) and Allison Welsh. The two are also teaming up with Hopfields owner Bay Anthon in the Far Out bar and concert hall in Austin’s far south.

The menu at 1417 deviates the New American for breakfast, lunch, and dinner. All-day baked goods range from stuffed bao with Portuguese chorizo â€‹â€‹and kale to buttermilk herb croissants and cheese cookies (with the option to turn it into an egg sandwich). Breakfast includes egg plates, avocado toast, and a quiche made in cast-iron pans. Lunch includes cups of lettuce with giant blue crab and grilled sourdough cheese with raclette, brie and tomato jam. Dinner includes everything from pancakes with duck confit, salt and pepper frog legs, roasted marrow bones and lamb served with couscous. Desserts include a goat cheese crÃ¨me brÃ»lÃ©e garnished with beetroot mousse and candied walnuts.

As for drinks, there is a full bar with cocktails such as whiskey sour and caipirinhas, wines by the glass and by the bottle, and beers. Then there are coffee and espresso drinks made with beans from the Austin roast and Try Hard coffee, teas, and a range of juices and iced teas.

Before opening to the public, 1417 previewed the space and menu space with a series of private dinners in May and early June. The tasting menus of these chefs will return regularly each week from Tuesday July 20.

The South First address was the original location of the Australian-style Thai restaurant Austin Sway, which opened in 2012 as part of the New Waterloo restaurant group. It expanded to two locations, one in Rock Rose and the other in Westlake in 2018. When the pandemic hit in March 2020, all locations were temporarily closed. The one in Westlake reopened a month later for take out and finally food service. The Rock Rose location still remains closed.