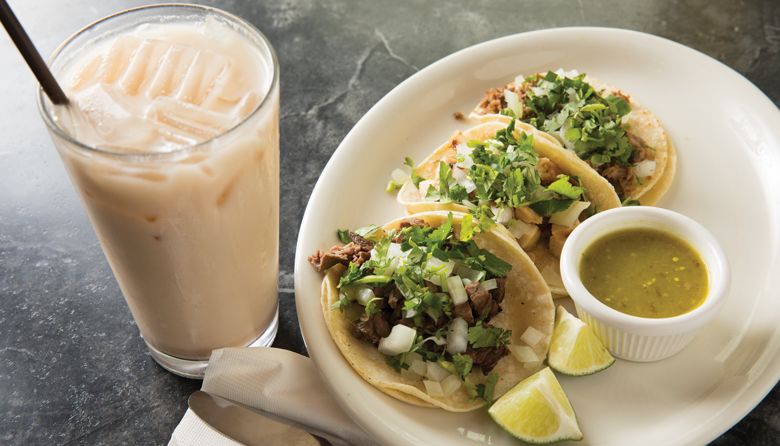 On days of big soccer games, La Cabana owner Selvin Oseguera often takes phone calls from people of half a dozen Central American nationalities to reassure them that the game will be shown on TV at his restaurant. . Oseguera is Honduran, but the restaurant serves as a makeshift community center for people from all over Central America. And Oseguera couldn’t be happier about it.

before opening The shack (Greenwood, 606 N 105th St.; 206.420.7693) in 2015, Oseguera realized that no restaurant in Seattle served his home cooking or that of many of his Latin American friends. So he designed his menu to include tastes from all over Central America. The resulting cultural mix has the potential to be too much of a hassle, but Osegueras’ nearly three decades of experience in the local restaurant world makes La Cabana’s operation as smooth as sweet cream on the side of fried plantains.

TASTES OF HOME: Selvin Oseguera serves dishes in his restaurant that remind customers of their home cooking

At 21, Oseguera followed an older brother to Seattle and straight into the kitchen of Chinooks, where he started out as a dishwasher. Although he thought he would only stay in the United States for a few years, he rose through the ranks, experiencing nearly every job in the restaurant industry, from waiter to sous chef to manager, passing through the kitchens of a number of Seattle Restaurants, including Rays, Dukes, Palisade and Tutta Bella. It was only then that he, his wife, Elena, and his sister-in-law, Nancy Karina Cerrato, began planning their own home. While deciding on a kitchen for their restaurant, they looked at the Italian menu at Tutta Bellas and the Caribbean-centric food at Paseos and ultimately asked themselves: why don’t we make our own food? Friends from different Central American countries provided inspirational recipes, which they added to their own Honduran menu. Now, diners at La Cabana gather around thick, warm homemade tortillas that accompany most dishes and are also wrapped around a Salvadoran chicken stew with chayote, shredded Guatemalan beef in red sauce and a Nicaraguan steak topped with caramelized onions. Because there are still few restaurants that serve any of these dishes, anyone craving Central American comfort food comes to La Cabana. It can be a tough crowd. People come in and come back, says Oseguera. That tells me I’m doing it right.

Osegueras’ wife, Elena, introduced him to this Honduran specialty when they first met. Wanting to make him a dish from home (she and Oseguera are from the same town), she landed on this dish of pulled meat, but it turns out he’d never had one before! He thinks salpicon may have become popular after she left Honduras (she arrived in the US 12 years after her arrival), but it’s now one of his favorite dishes.

The key to making salpicon, he says, is to taste as you go. It’s a little different each time, he says, so checking the seasonings helps get the flavor right.

To note: In restaurants, this dish is made with beef shank, a huge, lean and tough cut that rots after long cooking. We have replaced the round eye in this version for home crafting.

Instructions
1. Place the beef in a pressure cooker with 2 cups water, bay leaves, garlic cloves and granulated garlic, and Johnnys Seasoning Salt. Cook for 20 minutes on high pressure, followed by 15 minutes of natural pressure release. Remove the meat, place it on a cutting board and let cool. When the meat is cool enough to handle, chop it finely. Mix the meat with the onion, cilantro, lime juice and salt. Taste and add more lime, salt and pepper as needed.

2. Serve in tacos, wrapped in tortillas or with rice and beans, topped with diced radishes.