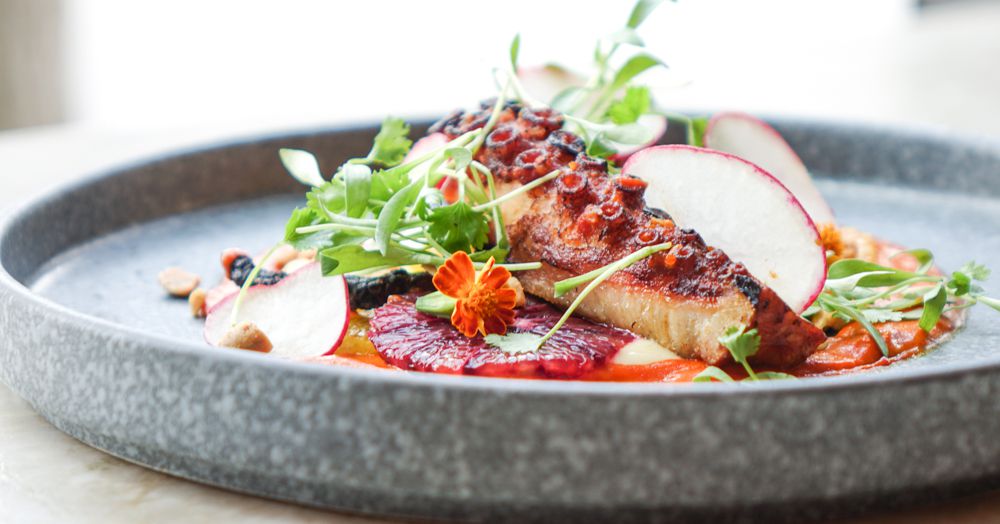 “Alma Downtown closed in March 2020 due to the onset of the pandemic. Downtown traffic has been slow to return, and convention and travel business has recently started to pick up,” Kukler told Eater.

When asked how Fifth Group managed to retain expensive downtown Atlanta space during the Peachtree Tower’s long hiatus, Kukler credits the landlord’s rent relief in the early weeks of the pandemic and revenue generated by its other restaurants and catering services open and in operation throughout the ongoing health crisis.

Many Alma Cocina employees in downtown Atlanta were moved to other Fifth Tier restaurants during the shutdown, Kukler said, with some staff returning to work at the Peachtree Tower location.

Chef Juancarlos “JC” Colon is taking over the restaurant in downtown Atlanta and plans to add a few new dishes to the menu there, including crudo with burnt nori-avocado mash and Anaheim chilies, guajillo-grilled octopus with ancho carrots, and pork belly served with charro beans and fresh tortillas.

Alma Cocina-Centre-ville reopens on April 30 for lunch and dinner.