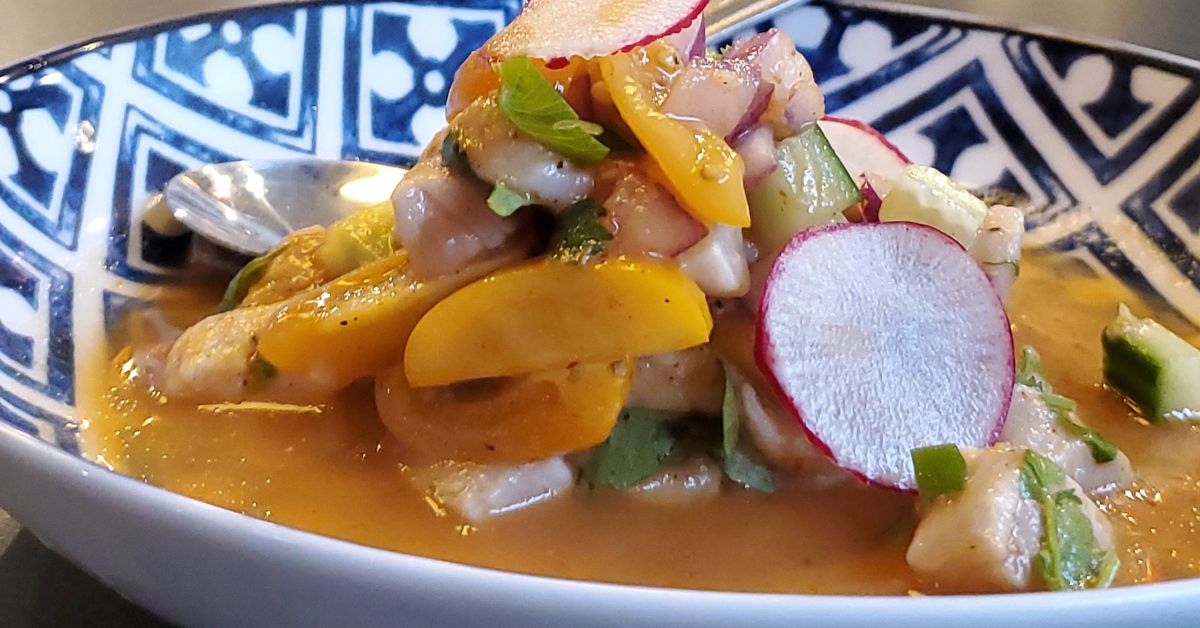 After 20 years of implementing someone else’s vision in restaurant kitchens, Chef Nanyo Dominguez goes out on his own and the goal is to create a cheerful dining center that brings together his Mexican roots with Latin influences. -american women who shaped her restaurant career.

Dominguez will soon be opening BÃ©same, a Latin American tapas bar and restaurant, in downtown New Orleans at 110 S. Rampart St. This location – the intersection of Rampart and Canal streets, close to the Orpheum theaters and Saenger and the two-year-old Palm & Pine restaurant – may sound familiar: It’s next to the site of the Hard Rock Hotel construction collapse that happened almost two years ago in October 2019, killing three workers and closing the surrounding streets for 18 months or more. (Canal Street reopened in April and N. Rampart Street is expected to follow a month later, but it remains partially closed.)

Still, Dominguez feels good trying to be part of the area’s renaissance with the location, for which he signed a lease in July, and his concept. â€œI think a lot of locals are looking for that kind of variation in flavors, having an option for something bright and light,â€ like a break from traditional New Orleans cuisine, Dominguez told Eater. BÃ©same will focus on seafood – although Dominguez says some products are still not available due to Hurricane Ida – with five or six different types of ceviche in styles from Mexico City, Oaxaca, Peru, and the Dominican Republic. There will be Argentinian and Mexican style empanadas; Colombian and Venezuelan style arepas; and larger plates like the seafood paella; seared fish in coconut milk and guajillo; and churrasco with chimichurri. The bar will feature wines from South America and spirits from Latin America, including â€œlotsâ€ of mezcal, raicilla, Caribbean rums, as well as piscos and brandies from South America.

Dominguez has been cooking in New Orleans since 2015, when he helped open Johnny Sanchez in the CBD alongside now celebrity chef Aaron Sanchez, after being sous chef at Sanchez restaurant in Connecticut. He moved to Tito’s Ceviche and Pisco in Uptown two years later in 2017 to work as a chef, where he began to be recognized for his work with Peruvian flavors under the tutelage of owner Juan Lock. Next, Dominguez helped open Espiritu Mezcaleria, New Orleans’ first mezcal bar, at the end of 2018, as executive chef and partner.

A year and a few changes later, COVID-19 has struck; the closing of Espiritu for a long passage eventually followed. â€œThe pandemic was kind of revealing,â€ says Dominguez. â€œI felt so worried my income was on hold and I just felt like I had to work on something to feel more productive. I always knew I would end up wanting to be alone – I’ve been doing this for 20 years now – so I realized maybe now is the right time.

Dominguez began researching small business administration programs and microloans – â€œI really got into this,â€ he says – and was eventually matched with an SBA mentor in New Orleans who helped develop a business plan. When Espiritu reopened, he returned to work, but quickly let his partners know that he was going to pursue these plans.

Dominguez has been working on decor, menu, staff and permits since July, he says; BÃ©same was supposed to have his inspection from the Fire Marshal on the weekend Hurricane Ida hit – so it delayed. And if he says he’s thankful that the restaurant didn’t suffer damage or flooding from Ida, he lost a few employees after the storm to other jobs, which other restaurants did from New Orleans said they lived. His goal now is to open the restaurant and start building from there – BÃ©same can seat 60 people inside, and he plans to eventually add 16 seats to a sidewalk patio, working with Downtown Development. District to do it. He knows he is facing a tough time “for every industry”, but says with BÃ©same, success is important not only to him, but to “a corner of town that has been tragic, dilapidated and abandoned by our officials. municipal authorities over the past two years.

â€œI want to highlight the Latin American food, music, spirits – all the culture – represented by the many wonderful people from Latin countries who live in this city,â€ Dominguez said. â€œI think this is the perfect place.

BÃ©same, at 110 S. Rampart St., is scheduled to open by mid-October. Stay tuned for a preview of the restaurant ahead of its debut.

Zana, an American restaurant, will open in the Vinotecca space in Birmingham