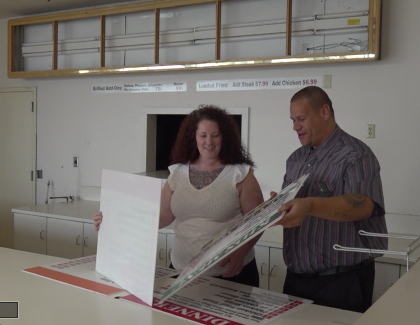 NORFOLK – There’s a new option for those with a hungry appetite in northeastern Nebraska.

What started as a food truck in South Dakota last year – serving shredded bison, bison ribs, tacos, chislic and more – has grown into a thriving business.

â€œWe started this business 15 months ago and we already have several food trucks and several bricks and mortar and this year we will also be moving into drive-thru,â€ West said.

Its blend of American ingredients like beef and berries gives a unique flavor that brings people back.

â€œSome people think it’s spicy but no, it’s earthy,â€ West said. “We came from the earth and we are harvesting the Earth.”

The early Lakota used Nebraska as a bison hunting ground, before settling in the state – driven from Lake Superior by settlers – to harvest more corn, beans and squash. Now West is turning that story into a future for his people.

“We take the tradition of yesteryear and give it to the youngest to continue their studies and if one of my employees comes to me and says hello, I have this capital and he proves that he is responsible, I will absolutely help him get out on his own. “

â€œWhat I love is that you bring people together,â€ said his wife, Sophie West.

The restaurant is slated to open by New Year’s Day – “new years new money!” – but it can be opened even earlier.

Signage will be put in place next week. West said they would hire, but he’s not concerned about the labor shortage as he has discovered that the Native Americans he works with are eager to work.