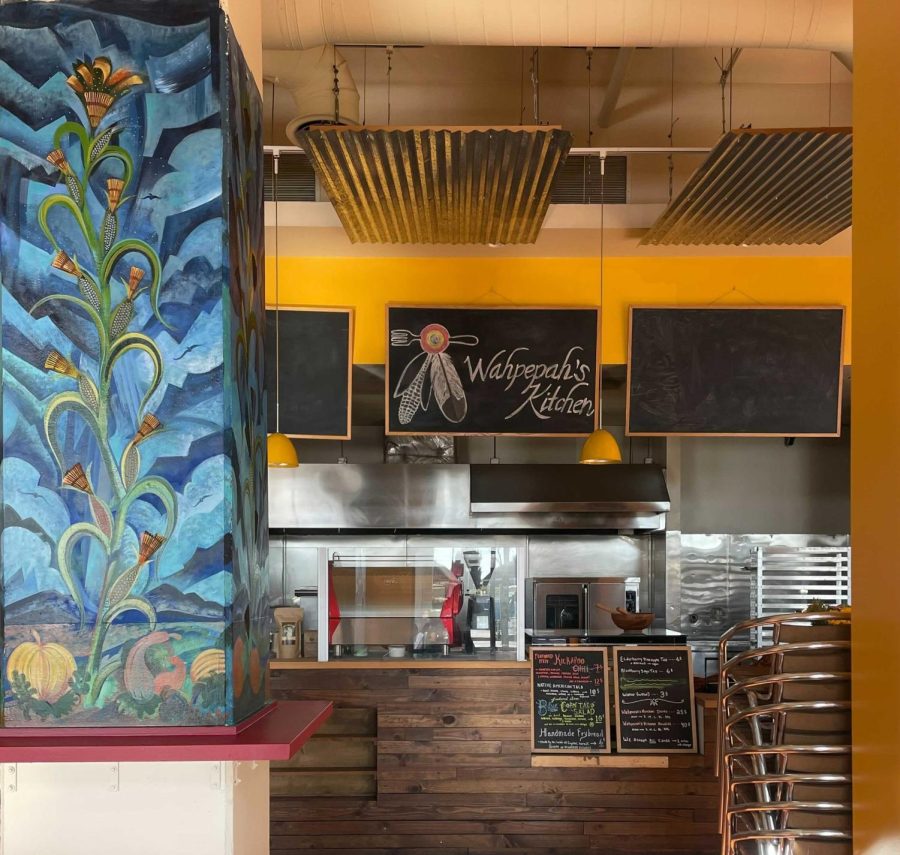 Wahpepah made his Bay Area debut as a caterer focusing on indigenous and tribal cuisine and served as the lead indigenous chef on Food Network’s â€œChoppedâ€ show. The official opening of Wahpepah in October features a menu of bison chili and blue corn waffles.

The diet of Native Americans varies by climate and tribe, but is mostly made up of buffalo, potatoes, squash, fried bread, etc. The large amount of starchy vegetables consumed caused diabetes in a large number of Native Americans. Diabetes has plagued the Native American community in addition to limited health care resources and financial access to health facilities.

In East Bay, the Native American Health Center (NAHC) provides resources to Native American Indians and Alaska Natives who are vulnerable and underserved in the community. NAHC provides care to 15,000 members annually. The NAHC has no tribal or ethnic requirements for services. With over 45 years of service, NAHC continues to strive to improve the health of underserved groups with medical, dental, behavioral, WIC and community wellness care for its members.

It is an organization covered by the federal government. The program offers dental, medical and holistic care. â€œFood Medicine and Food Pharmacy are two programs we have that provide people with fresh produce every week, a nutrition class on Thursday mornings at 9 am as well as cooking classes, as well as a 16-week program for learn to live a healthier lifestyle, â€said Jasmine Sanchez, behavioral health program coordinator at the Native American Health Center.

The Native American organizations in the Bay Area give a sense of belonging. â€œIt helps you connect with indigenous groups. It’s a feeling of belonging, of being part of something bigger than yourself. My wish for people is to educate themselves, to respect the culture and to appreciate the culture. It’s a beautiful thing to experience, we have a lot of passion for preserving culture and traditions, â€Sanchez continued.

There is a vibrant multi-tribal Native American community in the Bay Area. According to the U.S. census, Indigenous people population in the Bay Area is 18,500. The Ohlones are the largest group in the Bay Area. However, there is a presence of the Chochenyo and Karkin groups in the East Bay.

The East Bay has a strong presence of Native American groups who have been displaced from their homeland. The Intertribal Friendship House is an East Bay organization connecting the multi-tribal community linked to culture and tradition through powwow dances, percussion lessons, beading and other forms of social gathering, serving as “the heart of a tribal community.”

The importance of an Aboriginal restaurant in the East Bay is a nod to the strong presence of Native American culture and traditions in the Bay Area. The cuisine of Wahpepah remains true to indigenous ingredients and the cuisine of indigenous foods. The opening is scheduled for mid-late October and will certainly be a staple of Indigenous cuisine for the community. â€œAdding another cultural restaurant is a beautiful thing. This adds to the diverse palette of the Bay Area. A friendly reminder that indigenous peoples are still here, â€Sanchez added.