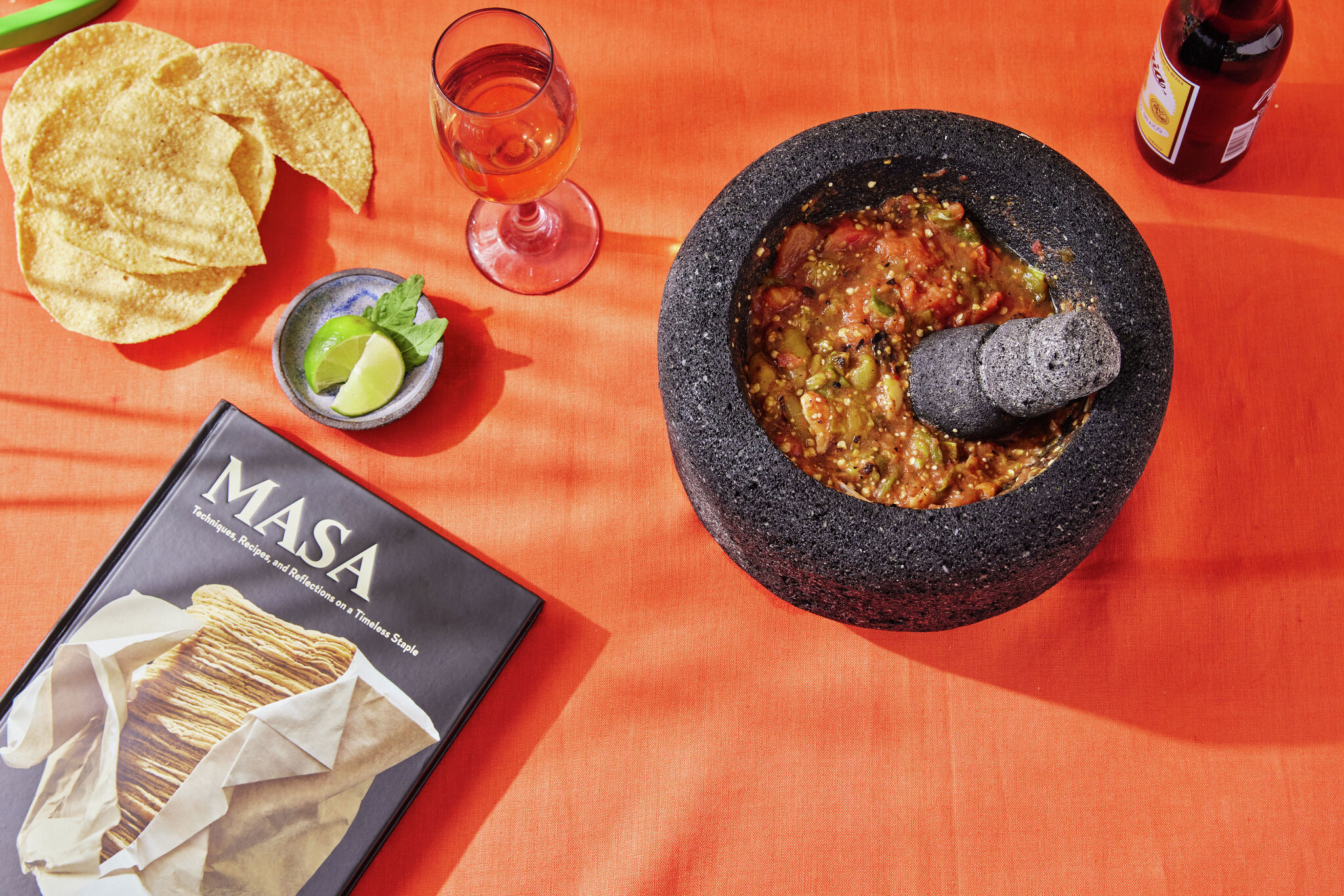 Martinez, a Texan, invented a product that is the basis of the way we eat tacos and many other mexicans and Central American foods today: masa harina, a type of corn flour. Masa – a paste made from ground corn that has been mixed in an alkaline solution, or “nixtamalized” – has been used for thousands of years in Mesoamerica. It is the basis of countless specialties, whether tortillas or tamales, gorditas or pupusas.

Masa is a labor-intensive process, which is why Martinez was so important. Born in Mexico, he opened the first fresh masa mill in the United States in 1896 in San Antonio, but he noticed that his paste was drying out quickly. Martinez developed a recipe for a dehydrated version of masa that had a longer shelf life. Add a little water to the masa harina and you have a tortilla in minutes, versus 12 hours.

“He really helped lay the foundation for masa as we know it today,” says Gaviria. “Unwittingly, he became the pioneer of this first-wave masa movement, which ushered in this era of convenience.”

Martinez’s contributions to food culture didn’t stop there. A “hard-working entrepreneur,” says Gaviria, he salvaged surplus masa from his factory every day and turned them into triangular fries, which he sold to restaurateurs who served them with salsa or guacamole. Sound familiar?

Today, we’re more likely to know about Frito-Lay, whose founder was a former client of Martinez, or Maseca, the company that started more than 20 years after Martinez’s death and is now essentially synonymous with masa harina. Martinez, Gaviria writes in his book, has been relegated to “relative obscurity in mainstream masa history.”

While his story is a satisfying aside fueling Texas bragging rights, it’s only a small part of “Masa.” Published September 13 by Chronicle Books, the 240-page tome is part history lesson, part reference book, part cookbook, a celebration of masa in all its forms, with beautiful photography by Graydon Herriott . It guides the reader through the ancestral roots of masa, its evolution in three “waves” and the science behind the nixtamalization process, followed by step-by-step recipes for creating just about any variation you can think of, from memelas to tlayudas.

“Masa” is a natural extension of Masienda, the company Gaviria founded in 2014. While working in farm-to-table restaurants in New York, he aspired to bring the same kind of connection between staple foods that he grew up eating, their places of origin and his farmers. Masa felt like a good place to start, because it’s “a connective tissue all over Latin America,” he says. Gaviria has built supply chains from the ground up with heritage corn producers in Oaxaca, selling corn in bulk to restaurants, as well as masa harina and other related food products and accessories to consumers.

“When I started Masienda, my very naive idea was that I wanted to put Gruma out of business, stick to the man,” Gaviria says of the parent company of Maseca, the biggest maize flour maker. in the world. He has since understood the importance of large-scale food production for everyday cooks, he adds, but he sees Masienda as an addition to what exists, when there was not that. option in the United States before.

“But there’s no judgment on what you end up using,” Gaviria says. “The 50 recipes are designed with masa harina in mind because we know most cooks will probably start with this.”

When creating Masienda, Gaviria says it was difficult to find a solid resource with detailed information on the subject of masa, a product that has been around for thousands of years. If he were to build a supply chain for it in the United States, he would have to educate people on what it is and how to use it. In 2017, his team created a 50-page introductory booklet, which was a hit. He knew the appetite for a full book was there.

“Masa” is indeed a sturdy primer and a useful guide to dipping your hands into the dough yourself. Each corn specialty has its own page with context such as country or region of origin; whether it’s a topper, a stuffer or both; detailed instructions on how to shape it; and even storage tips for leftovers. This section is followed by more specific recipes from renowned chefs such as Daniela Soto-Innes, Alex Stupak and Enrique Olvera.

To replicate the recipes with Masienda products, Houstonians can order them online or pick them up at Henderson & Kane in the fourth ward. But they can also have eaten Masienda without even knowing it: The Chiefs of TatemoPapalo Mercado, Degust and El Big Bad all source corn from the company for their feed.