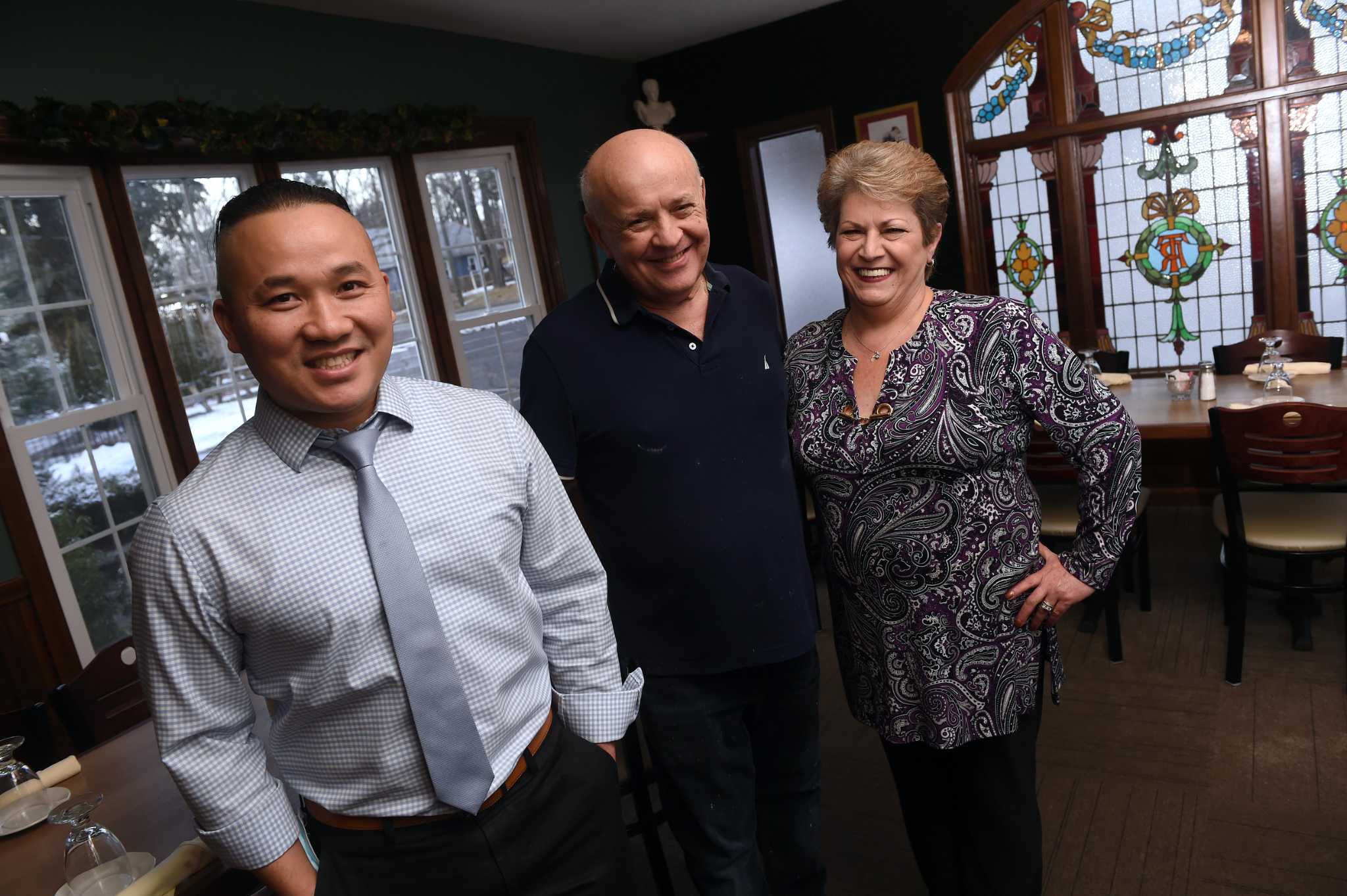 GUILFORD – The town’s newest restaurant is a classic case of East and West – where diners can order a pad Thai or a traditional prime rib with all the trimmings.

At the Thai-American restaurant, Melanidis and the new owner of the Maritime, Mexay Khambounhouang, better known as “Sai” Kham, join in the cooking.

Sai beams with enthusiasm about the arrangement. When asked if he was proud of what he has achieved, the 40-year-old restaurateur modestly replied: “I think so”.

Being a small company, Sai knows its customers well. He said he felt like he was inviting people to his house when they came over for dinner.

Sofia Melanidis, who has been in business with her husband for 20 years, echoed this.

Melanidis talked about leaving his restaurant in Sai’s hands.

Sofia Melanidis continues to be an integral part of the restaurant during the transition.

“Everyone is happy so far,” she said. “They like it, they like it. He is very friendly.

At 65, Melanidis is semi-retired. Although the Madison resident no longer owns the restaurant, he still cooks the cuisine that has made his restaurant a popular destination for the past 20 years.

His most popular dish is prime rib.

“I put my heart into it, whether it’s for me or someone else,” he said.

He talked about grinding the meat for the burgers and sourcing the freshest ingredients possible.

“I make the bread, the dressings, the sauces – everything,” he said.

He said the most important thing about his cooking is that “I put love in all my food.”

In a separate kitchen within the restaurant, Sai prepares the Thai cuisine he has proudly served for 14 years.

The Thai chef talked about his grandmother Sai’s lamb chops recipe, which is his signature dish.

“If you go to a Thai restaurant, you can’t have it,” he said. “No one can have it because it comes from my family.”

The chef explained what makes his cuisine unique: “Thai cuisine is very light, very fresh and rich in vegetables.

And, every dish is made to order.

“I don’t cook ahead,” he added. “That’s why when they order, sometimes it takes a little longer.

“If you’re looking for real Thai food, this is it,” he said. The food he serves is “exactly what I eat every day”.

Helping Sai in the kitchen is his family, which includes his sister, aunts, and cousins.

Sai talked about what makes him and Melanidis unique leaders.

“We grew up cooking,” he added, receiving a nod from Melanidis.

Sai was a young boy when he started cooking in his native Thailand.

Cooking was a necessity for him. “If you don’t, you’re going to die,” he said. “You have to do it to survive. My parents, in the morning, at 4 or 5 o’clock, they would go to the jungle to look for food. Me, when I got up, I had to cook myself, steam rice myself.

Melanidis is a second generation restaurateur.

He and his father owned two restaurants in New Haven County, the Elm Diner Restaurant in West Haven and the Crossroads Restaurant in North Haven. He bought the old Roadhouse Grill in Guilford in 2002 and renamed it Maritime Grille.

“Customers appreciate being able to come in and they can have either Maritime or Thai,” the Guilford resident said, pausing between taking orders and serving customers.

“There are a lot of people who come here who said they would go to both restaurants,” she said.

Terry Raiola, seated at the round bar, said she had been coming to the Maritime Grille for years.

“I love Pete’s cooking,” she says as she waits for a takeout order.

“I tried the cashew prawns, delicious,” she said. “I tried twice. I tried the prawns and fried rice and the vegetables.

“Everything I’ve tried here is very good,” she added.

She enjoys the widest variety of choices on the menu when she and her husband order takeout a few times a week.

“It depends on what my husband would like, sometimes we get both and then we take them home,” she said.

Sofia Melanidis spoke about the transition.

That evening, just before leaving for the day, Sofia Melanidis went over the details of the upcoming Madison Lions Club monthly meeting.

Additionally, the Guilford Rotary meets there for a weekly lunch, financial advisors use the restaurant’s event space for dinner seminars, as well as high school reunions and weddings.

So as the transition continues, the Melanidis are still at the restaurant, helping out when needed.

“Whatever he needs, we can help him,” said Sofia Melanidis. “We just wish him luck.”

For Sai, this relationship is very important.

“I consider them godfathers,” he said.

He said this new arrangement is a “win-win” for everyone.

“It’s a good mix,” Sai said. “Everyone learns from each other.”

“I cook for him, then he cooks for me now,” he added. “I learn about its food. He learns my food. It’s a match made in heaven.