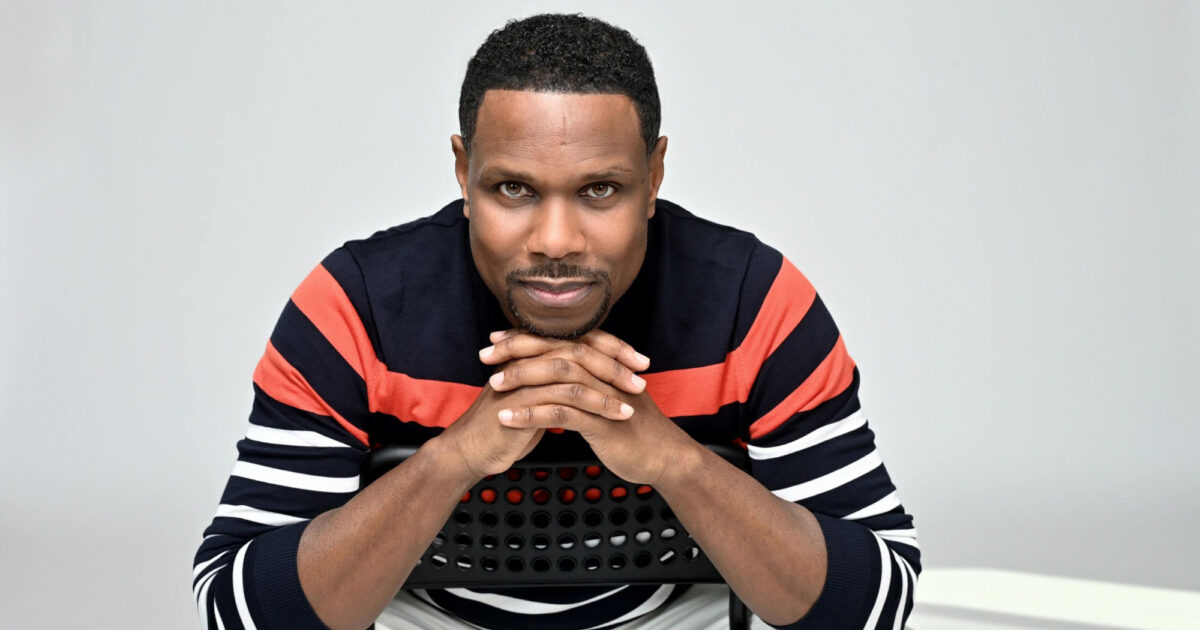 For years, Nolan Williams Jr. has explored the cultural significance of food in African American traditions. Combining this with his talent as a composer and lyricist resulted in his latest project, Grace, a musical that captures a day in the life of the Mintons, a Philadelphia family who come together to mourn the loss of their matriarch and wonder if their family restaurant has a future in its changing neighborhood.

Now, Grace will have its world premiere at Ford’s Theater in Washington, D.C. with dates set for spring 2022. The setting is a full-loop moment for Williams, Jr. who grew up in the capital performing in shows across the city. “It’s funny how life has a way of preparing us, even when we don’t know we’re prepared,” says the composer.

The musical will be directed and choreographed by Robert Barry Fleming and is produced by special arrangement with Dale A. Mott and his company, Edgewood (Lifespan of a fact, Thoughts of a colored man). Additionally, hospitality and entertainment mogul Sheila C. Johnson and Excellent chef Carla Hall joined Grace as ambassadors of hospitality and cuisine, respectively.

As for what the public can expect, Williams Jr. says “Grace offers an assortment of menu items – traditional musical theater, classical, jazz, R&B, soulful ballads and music with inspirational overtones…much like a family potluck where everyone brings their favorite dish to the gathering”

Originally presented in 2016 during the 53rd Grand Ball of the Sigma Pi Phi Fraternity, Grace held studio residencies at Cleveland Play House’s New Ground Theater Festival in 2017 and 2018 and at the Actors Theater of Louisville in 2020. The show was also an official selection for the 44th Annual Humana Festival of New American Plays but has been canceled due to the COVID-19 pandemic.

Check out a Q&A with Williams Jr. below to learn more about the structure of the musical, its inspirations, and why food and theater are a perfect combination. For more information on Grace, Click here.

What do you think of the upcoming world premiere of Grace?
Nolan Williams Jr.: We are at a time when we need more light on African American culture and traditions, so it is deeply meaningful to stage a new musical that celebrates our love, our family and our traditions. These are aspects that are not always celebrated and yet, when lifted, they bridge cultural divides.

I firmly believe that it is through exposure that we come to understand who a person is, how they live and what they appreciate. I know countless families who, like Minton’s fictional family depicted in Grace, value of coming together to celebrate, mourn or just be together. It’s a wonderful thing to raise and a great counter-narrative to cultural stereotypes and assumptions.

What is the intersection of theater and food that you explore?
Theater is about storytelling, and so is food, as evidenced by these lyrics to the show’s final song, “When Gran’Me Cooked.”

“And, Oh, the many stories his food told with every plate/
Stories embarrassed not by rank or place
but epic stories of adventures near but far.
So far.”

The way the show is structured, each song tells a story with minimal interstitial dialogue. And each story helps us learn a little more about the members of the Minton family. We also explore food as a means of connection. On the one hand, food is a powerful tool for bringing people together. On the other hand, it is a powerful way to connect the past with the present. Think of the recipes passed down from generation to generation. When food is cooked and eaten, there is a real feeling that the ancestors are present at the time, in the cooking and preparation, participating and sharing. There is something very mystical and very beautiful in that.

We further explore food as a metaphor – how food becomes tied to status. There is a level of classism defined by food, even in different factions of a family. We see this playing out in Grace with a character, EJ, who remembers being away at college and trying to make ends meet with limited resources. He sings the song “Chicken Ramen Noodles and Cherry Kool-Aid”, and it’s not just about his limited resources, but about the aspiration he has to one day be able to eat wherever he wants, to go to a good restaurant where the master d knows his name, to dazzle his friends with his know-how in associating the right wine with the right dish. EJ highlights how food is often a status symbol and a metaphor for what we hope to achieve in life.

Where is the genesis of your interest in the traditions and history of African-American cuisine?
It started when I was working on another of my musicals, Christmas gift, at La Clarice. While developing this project, I learned of one of the earliest African American Christmas greeting games and a culinary delicacy known as tea cakes. The history buff in me was really excited about this discovery and subsequently became curious about other aspects of our food history. During my research, I came across works like that of WEB Du Bois The Philadelphia Negro and Freda DeKnight A date with a dish. The more I delved into the story, the more it started to sing to me. Literally, I was writing music inspired by this rich history!

At first I thought it was a song cycle in the making. Over time, I realized that this project wanted to be a hybrid of a song cycle and a musical book that captures a day in the life of a family reunited following the loss of their matriarch, reminiscing the past in a way that creates joy even amidst deep sadness, against the backdrop of an uncertain future for their century-old family restaurant given the rapidly changing neighborhood of the restaurant.

You don’t often hear about a culinary ambassador on a creative team. How will audiences view Carla Hall’s work on and off stage?
Carla took on this project because her work and artistry as a culinary celebrity revolves around the traditions we sing about throughout this show. It’s only natural for her to be an ambassador because the themes of Grace inspire who she is and what she does.

Same with Sheila C. Johnson, our hospitality ambassador, who embodies the spirit of female entrepreneurs, like our main character, Ruthie.

Carla and Sheila’s connection to the show will help us amplify the message that there are Minton’s Places all over the country, unsung African-American restaurants, many of which have been passed down for at least a generation. In this time of COVID, we’ve seen a lot of attention drawn to restaurants in need of help and attention. Together with Carla and Sheila, we hope the show can be a platform to amplify the stories of black chefs, black culinary traditions and these restaurants, so that the musical improves lives and culture beyond the stage. .