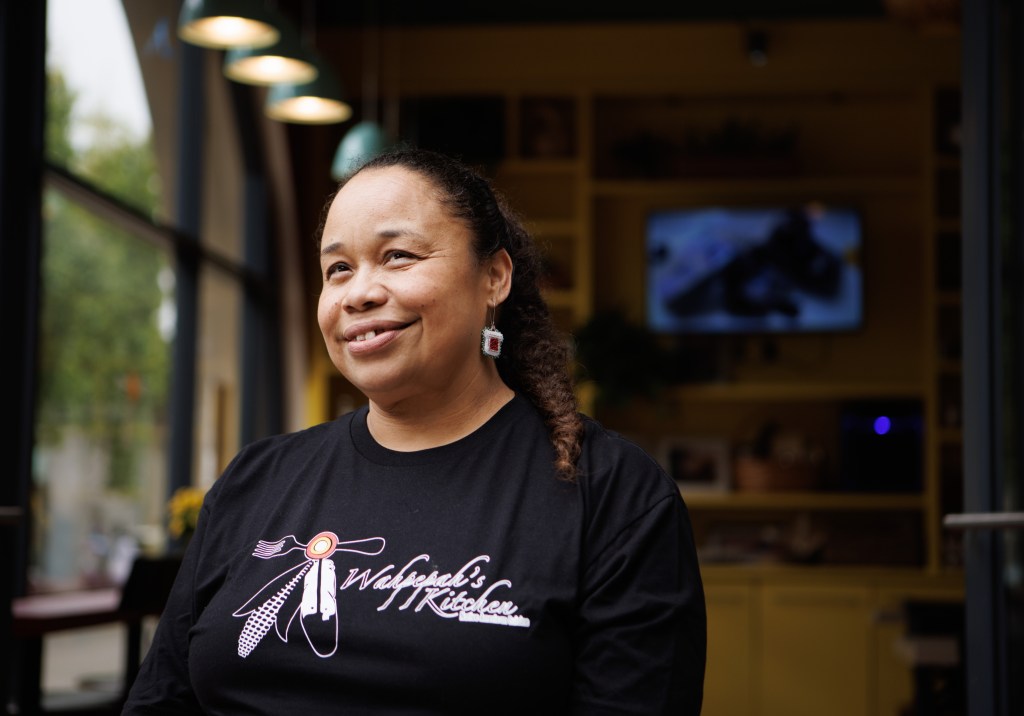 These shelves are â€œchef-owner Crystal Wahpepah’s interpretation of an Indigenous pantry,â€ she says. All you see is what we harvest and cook.

Despite its historical heritage, Native American cuisine is seldom represented on the Bay Area culinary scene. That changed in mid-November when Wahpepah, a member of the Kickapoo tribe, opened his highly anticipated restaurant in Reem’s former California excavation near Fruitvale BART – and quickly drew a crowd. The restaurant served over 200 people in the first six hours of operation.

The Indigenous food landscape will continue to grow next year, when Cafe Ohlone, the country’s first Ohlone pop-up restaurant, opens a brick and mortar store on the UC Berkeley campus.

Both restaurants are part of a larger national movement to reclaim Native American cuisine and uncover ancient culinary traditions long buried and rarely seen by the general public.

A Bay Area caterer for 12 years, Wahpepah became the first Native American chef to compete on Food Network’s â€œChoppedâ€ in 2016. But the cooking, which she learned from her Oklahoma grandmother, brought her the happiness as far back as she can remember. .

â€œIt’s always been my holiness, this connection with people, from your heart to your hands,â€ she says.

According to Wahpepah, Kickapoo food traditionally includes corn, beans, squash, and turkey, among other dishes. But her cuisine, which she calls modern native, often brings a high element, whether through technique or veneer.

Its Pima Roasted White Corn Turkey Soup is served with squash blossom cornbread. Blue bison corn balls are stuffed with blueberries. And her mixed berry sumac tea, one of the many native teas she’s known for, is maple sweet.

â€œCrystal has a lot of energy,â€ said Sean Sherman, Wahpepah’s mentor and chef-owner of Oglala Lakota of Owamni by The Sioux Chef, a Native American restaurant in Minneapolis that was named to The New’s 2021 list. York Times’s 50 “Most Exciting Restaurants. Sherman’s North American Traditional Indigenous Food Systems nonprofit promotes education in Indigenous eating habits and strives to facilitate access to Indigenous foods. Its Indigenous Food Lab in Minneapolis is a training center for emerging chefs and budding restaurateurs.

â€œWhen we found out she was opening a restaurant, we took her here to sit down with recipes and just be an open source of support for her,â€ Sherman said.

Wahpepah’s Kitchen opened on November 13 with a breakfast and lunch menu ($ 6 to $ 15) that includes blue corn waffles with maple butter and crisp seasonal soups and salads. Dinner service will follow next month with dishes like roast bison with cherry sauce.

The new restaurant at 3301 E. 12th St. seats 50 on the patio and 48 inside – and it celebrates several Native American cultures. It is built on the ancestral lands of the Ohlone. The large community dining room table was built by Lakota carpenter Stephan Cheney. Nearby, famous Navajo artist Tony Abeyta’s mural depicting rising stalks of corn. There are flyers promoting events in the indigenous community and an overhead sign proclaiming Wahpepah’s mission: “Recover, transform and sustain changes in the food system using a model of indigenous food sovereignty.” “

Wahpepah is passionate about modernizing Indigenous cuisine, but she is also dedicated to tradition. When a native Arizona elder recently entered the restaurant for the first time, Wahpepah brought her a bowl of corn and turkey soup, a traditional recipe she learned from her own grandmother.

Wahpepah watched as the woman got it all – the menu, the messages, including the “This is Ohlone’s Land” sign and, of course, that plentiful pantry.

â€œShe was covering her face and crying,â€ Wahpepah said. â€œPersonally, that’s why I’m here. I think it is important for our young people to have a restaurant but also for our elders to see something like this in their life.

For more food and drink coverage
follow us on Flipboard.