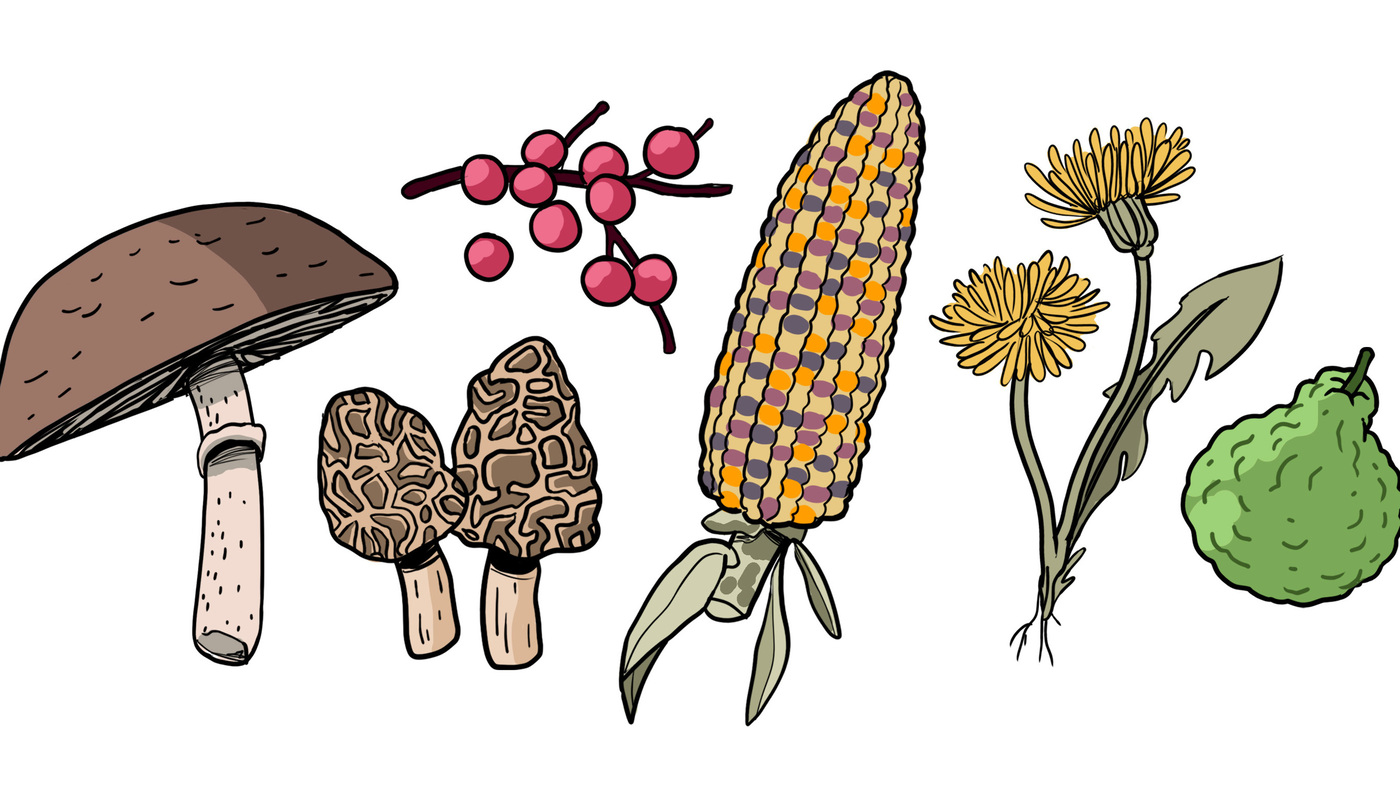 This comic, illustrated by Chelsea Saunders, is inspired by an interview with chef Sean Sherman of TED Radio Hour episode The food connection.

Chief Sean Sherman is the founder of “The Sioux Chief“, a company committed to the revitalization and recovery of Native American cuisine. He is a member of the Ogalala Lakota Sioux tribe. His main culinary focus has been to bring indigenous food systems like land stewardship and use of wild foods in a modern culinary context.

His restaurant Owamni in Minneapolis, MN offers dishes that favor foods of indigenous origin to its region and omit colonial ingredients like beef and chicken to create a “decolonized dining experience”. In 2017, he co-authored the cookbook The Sioux Chef’s Indigenous Kitchen.

This TED Radio Hour segment was produced by Rachel Faulkner and edited by Sanaz Meshkinpour. You can follow us on Twitter @TEDRadioHour and write to us at [email protected].