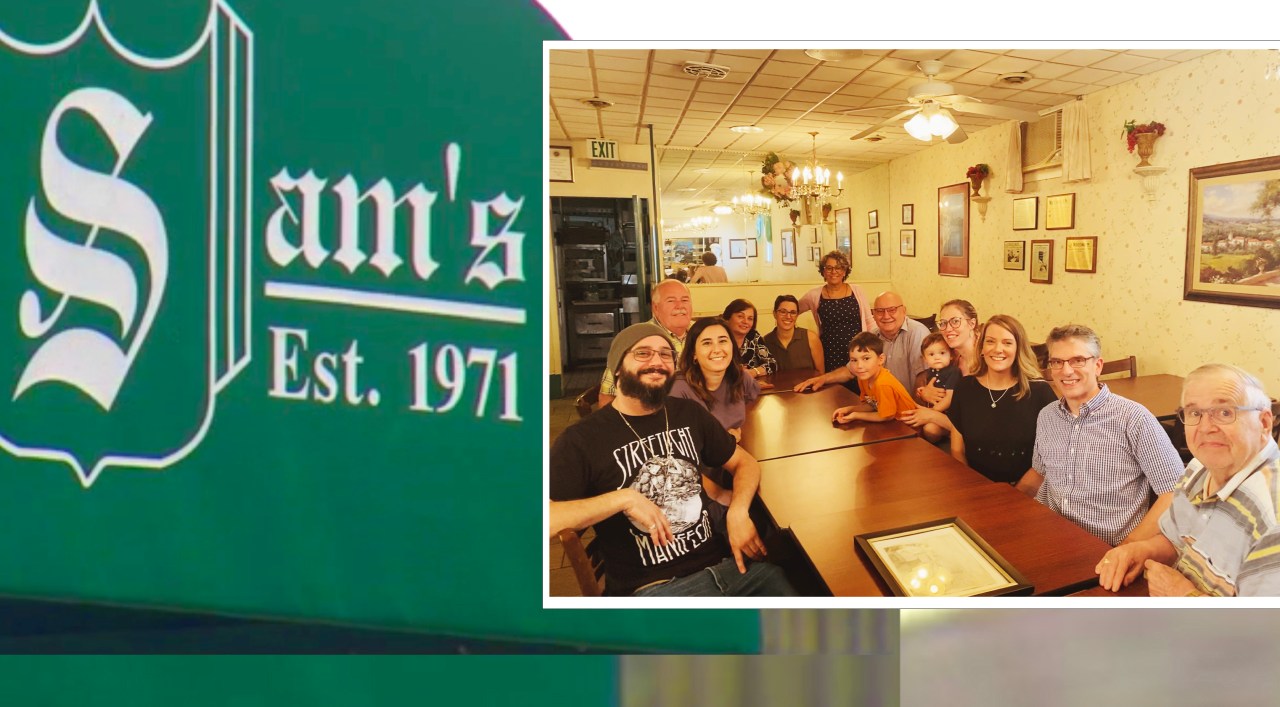 ALBANY, NY (NEWS10) – The Rappoccio family have bid a tearful farewell to their family restaurant after celebrating their 50th birthday just three months ago. Sam’s Italian American restaurant in Albany couldn’t find the staff or handle the spike in food prices the pandemic caused to make it another year.

Today, the sounds of a table full of laughter, and even having some disagreements, could be heard at Sam’s restaurant. Three generations of Rappoccios, two longtime bartenders and a beloved customer, have come together to speak with NEWS10 ABC. The owners Carmella Rappoccio Dauvney, 73, and Paul Rappoccio, 71, said the decision to close was “bittersweet” after countless good memories.

In 1956, the patriarch of the family, Salvatore (Sam) traveled from a small town in southern Italy to the United States. He moved into an apartment next to a grocery store on Southern Boulevard in Albany. His wife Angela and three children followed in 1959.

â€œMy mom got off the boat and literally kissed the ground,â€ Carmella said. “We walked past the Statue of Liberty, and she was so sick and so happy to be here that she literally got on all fours, said a prayer and kissed the ground!”

NEWS10’s Stephanie Rivas asked Paul how he was when he first arrived in America, and her response was simple: â€œLike heaven. And it still is. “

In the 1960s, Paul and Carmella’s father, Sam, bought groceries next to the family home. A few years later the family started making brick oven pizzas in the cellar and turned the garage into a take out pizzeria. Eventually, they raised enough money to build the kitchen and open Sam’s restaurant in 1971.

One of Sam’s first hires was his friend Rich Gibson, who grew up on the streets. He worked in the restaurant as a bartender for over 35 years then became a weekly customer.

The Rappoccios said the restaurant has flourished over the years and has become a local celebrity favorite. The signed photograph of Andre the Giant still hangs proudly near the entrance, and little Carmella has another framed photo resting on her broad shoulders.

Rich retired 15 years ago, but Carmella and Paul never stopped working until the pandemic struck. The family joked that Paul’s favorite restaurant position was under the refrigerator with a key. While they haven’t considered closing before, 2020 brought challenges they couldn’t overcome.

â€œI can’t put the hours into it like I did before,â€ said Paul. “It’s been a year that we wonder what to do with [the restaurant] because of this COVID. That’s what killed us.

It was a tough decision, but they said their hands were being strained by labor depletion and rising food prices.

When the Roppoccio family made their closing announcement on Facebook, hundreds of posts flooded the comments section.

Carmella cried as she spoke of her clients, and Paul said it would take weeks to name all of the ones she will miss.

Did someone say chicken riggies? A new Italian-American restaurant moves into the…