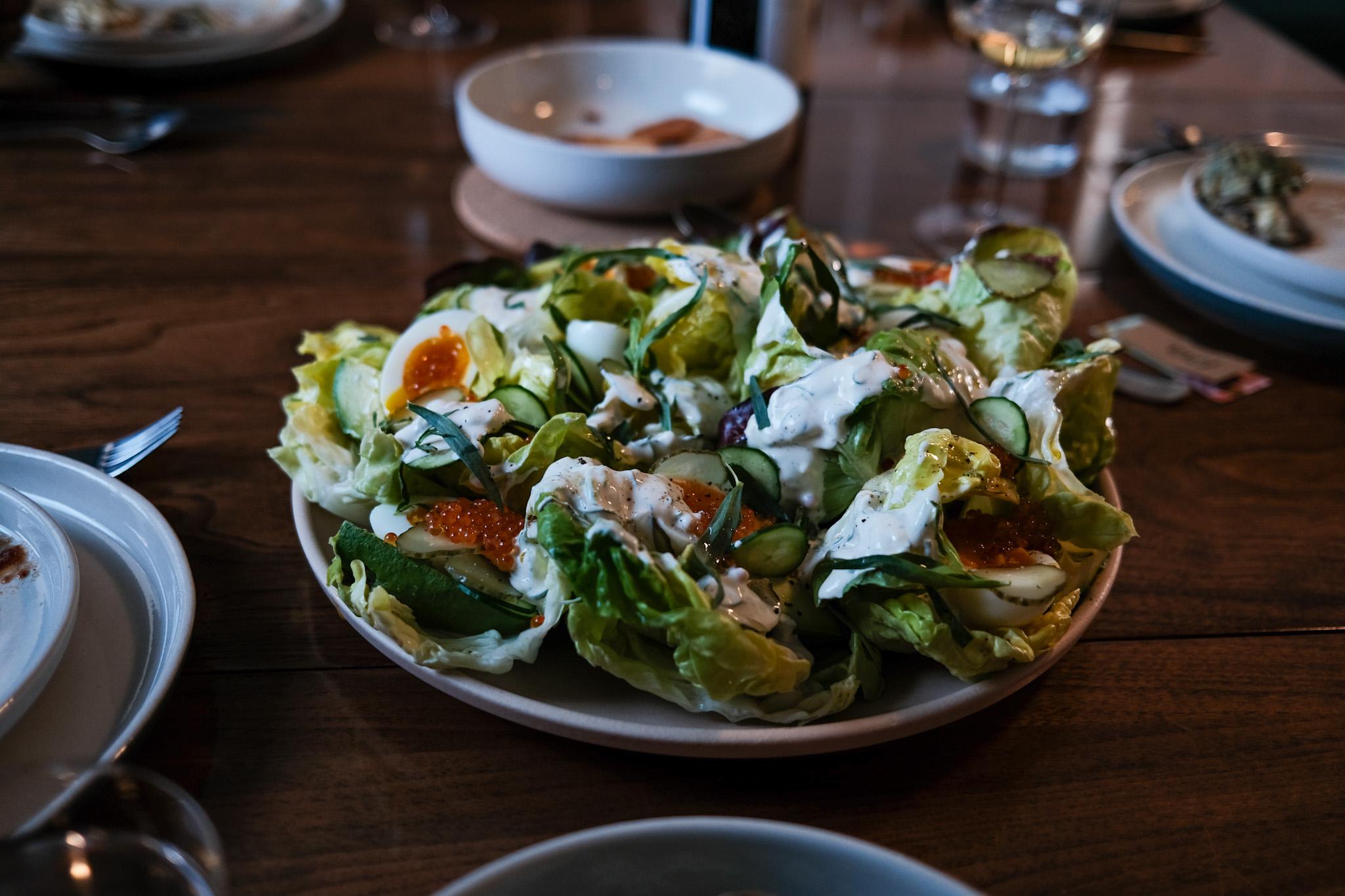 If you had the incredible and delicious patty fondue at True Laurel, you owe Chef Geoff Davis some gratitude.

Davis has been cooking in the Bay Area for more than a decade, from famed Cyrus fine-dining restaurant in Healdsburg to Lazy Bear’s True Laurel cocktail bar and, most recently, pasta-centric spin-off Penny Roma. Flour + Water. And now Davis is ready to strike out on his own. He hopes to redefine and reimagine California cuisine through his modern soul food pop-up Burdell, which he hopes to turn into a restaurant in Oakland later this year.

“When you think of California food and restaurants, you always hear about Chez Panisses, Zuni, Spagos – I love those restaurants. But they are still so European,” he said. “Why don’t we at least make American food? »

Born in Philadelphia and raised in Modesto, Davis wants to make black American food specifically, using ingredients sourced both locally and from across the United States. He wants to make the food he grew up eating, but with finesse and an ingredient-driven ethic he learned. while cooking in some of the best restaurants in the area. Think smothered pork chops but with morel sauce. Butter biscuits, but seasoned with a little sourdough. Cornmeal waffles, but served with a duck liver mousse.

The Burdell pop-up will kick off June 12 with a series of Sunday dinners at the Sequoia Diner at 3719 MacArthur Blvd. in the Lauriers district. Davis will sell tickets for each pop-up and serve a fixed-price weekly menu. Plans for more pop-ups at Tribune in downtown Oakland are also in the works.

Not too long ago, Davis was actually planning to open a wine bar, a reflection of his time working in Wine Country as well as his entrepreneurial spirit during the pandemic. We sat down with Davis to find out more about his aspirations for Burdell — and what black food means to him. This interview has been edited for length and clarity.

Q: How has COVID shaped your ambitions? Talk about the change in concept of the wine bar in Burdell.

A: I was working to fundraise for a wine bar as an agile concept during the very dark part of the pandemic, being able to offer retail products, groceries, etc. So many places have embraced this concept over the past couple of years. But it never really amplified me. I had a lot of time to think about it. The original plan for me has always been a full restaurant. I thought, as we get to a better place with the Delta variant, why let the last two years alter what I want to do? What about the last 30+? Burdell is the culmination of my cooking career and my family history.

Q: Tell us more about who Burdell is – your grandmother, right? What is his full name? What is his story ? And, of course, tell us about the food she cooked for you.

A: Yes. It’s my maternal grandmother, Burdell Demby or Bertha. She was born in New Jersey and met my grandfather, Warren, in the 1940s. She worked in parts at General Motors for over 30 years. As a child, I particularly remember having had his lemon meringue pie. She had Parkinson’s disease, so as she got older, she cooked and moved a little less. But my grandfather was a passionate cook and a lover of seasonal products. He worked on a farm when he was young and was delighted with tomatoes and corn as the season approached.

Q: Do you remember the things your grandfather did?

A: Sure. Chicken pork chops with applesauce. Crispy Scrapple – a terrine more or less crusted with cornmeal, then fried. But there was a lot of Italian influence just being in New Jersey, the Garden State.

My paternal grandmother, Costella, was also an excellent cook, which really shaped my love of food. It’s not just about one person, but about honoring the whole family.

Q: Tell us more about the Burdell Restaurant.

A: Burdell is a modern soul food restaurant serving nostalgic California cuisine. Not really southern food. I want to focus on food from black migration to cities. Oakland being one of those cities is a natural choice. I want to honor this history and show the range of the kitchen. Black food is about vegetables and agriculture.

A:I think the connotation of black food, the general consensus in the eyes of the American public, is a bit of a greasy convenience dish. Like going to KFC and getting a bucket of chicken, or something just fried. For many reasons—projects, redlining, all of those things—we lost our connection to agriculture.

Black people brought a lot of farming techniques to the Americas – rice farming techniques – that would not have existed in the United States without this knowledge. There has been a small loss of knowledge linking commodities and agriculture, especially as black people have moved from the South to the cities over the past century. I would like to reconnect some of that, agriculture and production, to the connotation of black food.

I want to honor the historic black family dishes and traditions related to technique and obsessive sourcing. I’ve always been curious why ‘California food’ is vaguely European by default. I want to try to change that.

Q: Where are you in the restaurant process? What are your goals and ambitions? Looking for Michelin stars?

A: I’m looking for spaces in Oakland and just starting this process, and doing pop-ups in between. Burdell is a place that honors American cuisine, especially black American soul food with great local ingredients without compromise. Above all, I want it to create a welcoming environment for diverse staff, farmers, ranchers and guests. As a young cook, I didn’t see many people who looked like me in ambitious restaurants. I want to create a great place to learn and work that doesn’t settle.

As for ambitions, I would just like to cook from the heart and maintain a very high standard. If it is deemed worthy of recognition, I will welcome it.

Q: What do you think the menu should look like? And on the drink side?

A: I would love to cook things like Spicy Boiled Peanuts with Peanut Miso as a snack; pork neck topped with morels and spring onions (set of simmered neck bones); green cabbage with pork knuckle and Berber spices; and lemon meringue pie, of course.

I want to be able to serve wines from all over the world. Food is so fun to associate with so many things. Fried chicken and Chablis. Oysters and Chenin Blanc. Champagne with everything. The wine offer will be rather natural but always with classic wines focused on agriculture, just like gastronomy. I also want to serve cool cocktails: a pickle martini, a plum and shiso julep.

Q: Anything else we should know?

A: As I dig deeper, I discover that the food and the story are so deep and complex, even more so than I thought. And the dishes and the ideas come so easily. I’m so excited to share and learn more with the guests and hopefully build something really big.