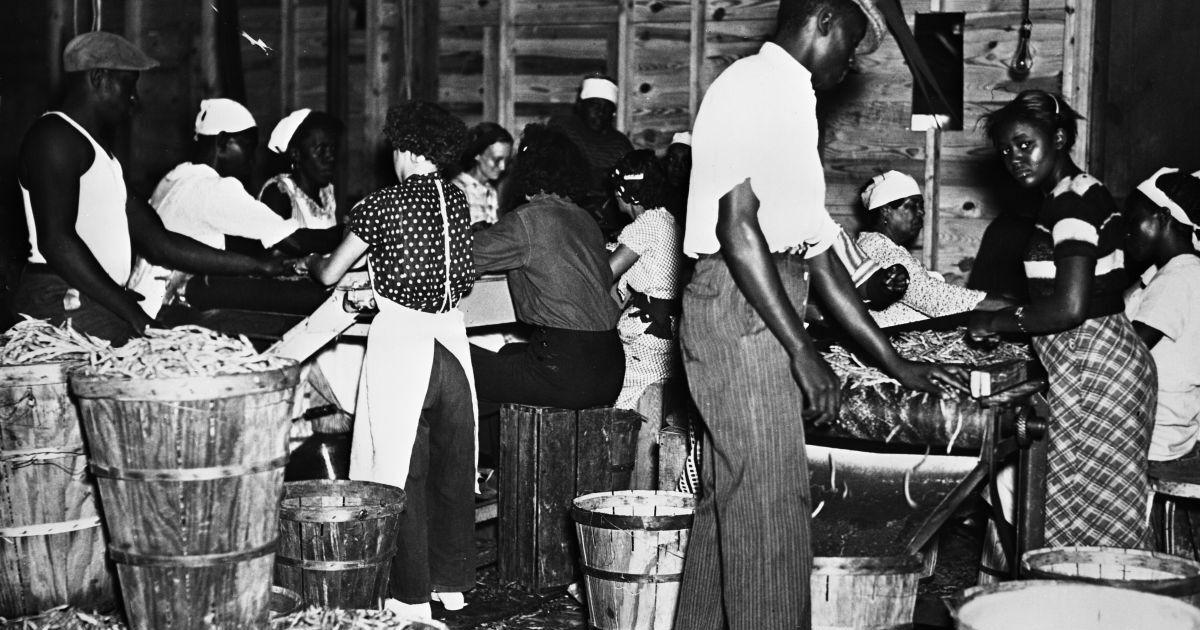 Listen to the episode

At The Zest, we love to explore Florida history through the prism of food. Today we zoom out and learn about the role food has played in the history of the United States. Our guides are Dr. Cassandra Yacovazzi and Dr. Julia Irwinboth professors of history at the University of South Florida.

“When we think of dining styles in early America, we can categorize them into three groups,” says Yacovazzi. The British influence was seen in pies, cakes, stews, cookies and preserves. Native American influence showed up in foods like cornmeal, which early settlers used—reluctantly at first—when they couldn’t afford to import wheat. And then there was the new identity of Americans – how they wanted to see themselves.

“Many of the dining styles in the early republic reflected how Americans viewed themselves and how they wanted to shape their identity,” Yacovazzi says.

In the early republic, New Englanders survived on rather bland food. But in the South, Americans enjoyed tastier dishes due to longer growing seasons, wealth to import spices, and the labor of enslaved cooks, who incorporated West African traditions. Their influence would eventually permeate the nation.

“A lot of men and women who were liberated after the civil war, and especially after reconstruction, moved north, and they brought their food traditions with them and really shaped some of the food traditions of the nation,” says Yacovazzi.

Food continued to play an important role throughout the 19th and early 20th centuries. During World War I, one of the American slogans was that food would win the war. Herbert Hoover, then head of the US Food Administration, encouraged Americans to cut back on certain food items so there would be more for Allied soldiers. In fact, Hoover coined the terms Meatless Mondays and Wheatless Wednesdays.

“There’s a term ‘winning hearts and minds,’ but a lot of decision makers talk about winning hearts, minds and stomachs,” says Irwin, who appears in a video series of the American Historical Association on the eating habits of the First World War.

Throughout history, the majority of American cooks have been women, whether they were housewives, servants or slaves. After the Civil War, innovations such as mass-produced canned foods made cooking less laborious and allowed for greater variety—for example, New Englanders could enjoy canned fruit in the winter.

“People were excited to get canned food,” Irwin says. She says examining food can tell us a lot about American labor history. “Food labor tells us a lot about how the economy of the United States has always worked.”

For more on early American eating habits, see the High on the Hog: How African-American cuisine transformed America (Netflix) and Taste the Nation with Padma Lakshmi (Hulu).

Thanks to our sponsors: Seitenbacher and TECO Peoples Gas