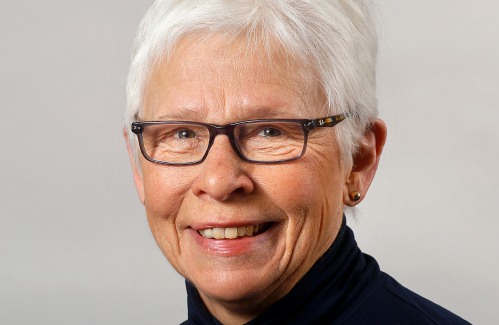 I smile as I open a morning email from the NYT Cooking newsletter. Its subject line, “A Taste of Fall,” presents a menu that sounds perfect for a chilly October evening: a “simple and exquisite anchovy lemon romaine salad, savory butternut squash pie and dessert. with red wine and pears â€.

I could do that.

Yet on a regular weekday evening, I’m unlikely to spend that much time cooking dinner. Baked squash and fish would work better for us, I think. And a salad too, but without the anchovies.

With my love of good food and my passion for cookbooks, I was a fan of The New York Times “What to Cook” newsletter, started in 2017. Sam Sifton, a former Time food critic, editor-in-chief and editor-in-chief. Over the years, I have viewed the newsletter as both an inspiration and a link to a community of cooks.

At first, it was Sifton’s personality – laid back, outgoing, expansive – that attracted me. I followed him on his trips to Maine each summer where he offered easy seafood recipes made with the local catch of the day. And I was informed by his reading suggestions, from the latest fiction to thought-provoking writers like Teju Cole on race relations.

At one point, I became so intrigued by these recommendations that I did some research into Sifton’s family history. Her grandfather, I learned, was the American theologian Reinhold Niebuhr, who had been a esteemed professor at Union Theological Seminary when my husband was a student there.

It was a satisfying discovery.

Today, I find myself less in love with the â€œWhat to cookâ€ emails that arrive five mornings a week. Recipes always have immense appeal, whether I’m motivated to cook or just engaged as a food reader.

Something, however, has changed. Is it Sam Sifton, I wonder, or is it me as the reader?

I recently started noticing that every NYT Cooking newsletter makes it clear that everything in there is only available to those who pay by subscribing to the. Time. In addition, it seems to me that cultural suggestions point more and more frequently to magazines, museums or media sources which could be expensive. Is my community of cooks also an elite coterie?

I had a similar question about a recent column that began, â€œHello. Is this the day I convince you to roast a duck just so you can shred the meat and scatter it over sautÃ©ed scallops, then serve the combination with a hollandaise sauce, accompanied by a peppery watercress salad? I hope so ! You don’t even need to roast a whole duck. A few thighs will do, cooked over low heat and slowly in a sort of confit situation. Grate them when they are cooked, make the hollandaise, the salad then the scallops. Boom, zoom in. It’s a Sunday night feast.

Really, I thought, almost with a feeling of indignation.

Even for me, it would take a lot of organization for the groceries, huge sums of money for the purchases and hours of cooking to make that â€œbang, zoomâ€ dinner on Sunday night. I was not interested.

And why not, I asked myself.

Since 2017, the inaugural year of these newsletters, the world has changed radically. Influenced by the fear and grief of COVID-19, the angst of racial tensions and political divisions in the United States, and the growing evidence of the dire consequences of climate change, I am not the same reader today as I am. was then.

Yes, I plan to continue to subscribe to NYT Cooking newsletters. It’s an energizing community that I don’t want to part with. In addition, however, I plan to broaden my horizons when it comes to food, recipes, and other cooks.

Regardless of race, ethnicity, economic status, gender or age, we all grow or purchase food, prepare food, eat food, and live within culinary traditions. I am sure that food is an essential means of fostering conversations that can build bridges and reveal common points between us. Adjustment, adaptation and new connections can start here.

There is some wonderful material in the regular food section of The New York Times Wednesday. Recent editions have included an article on â€œPreserving the Culture and Stories of Black Cookingâ€, as well as an article on â€œA Cookbook by and for Indigenous Peoplesâ€. It is the beginning of the education that I am looking for.

Throughout the spring and summer, I have often spoken with my family and friends about a new favorite cookbook released in 2020: The Rise: black chefs and the soul of American cuisine, by Marcus Samuelsson. It’s a collection of essays and recipes that I find informative and enlightening as my understanding of the world takes on greater diversity and I see food and cooking in a different light.

In a chapter on â€œMigration,â€ observes Samuelsson, â€œFood is always on the move. … Our hearts and minds should also be open to the idea of â€‹â€‹heading to new horizons. … Migrate to a new history of American cuisine that we all recognize.