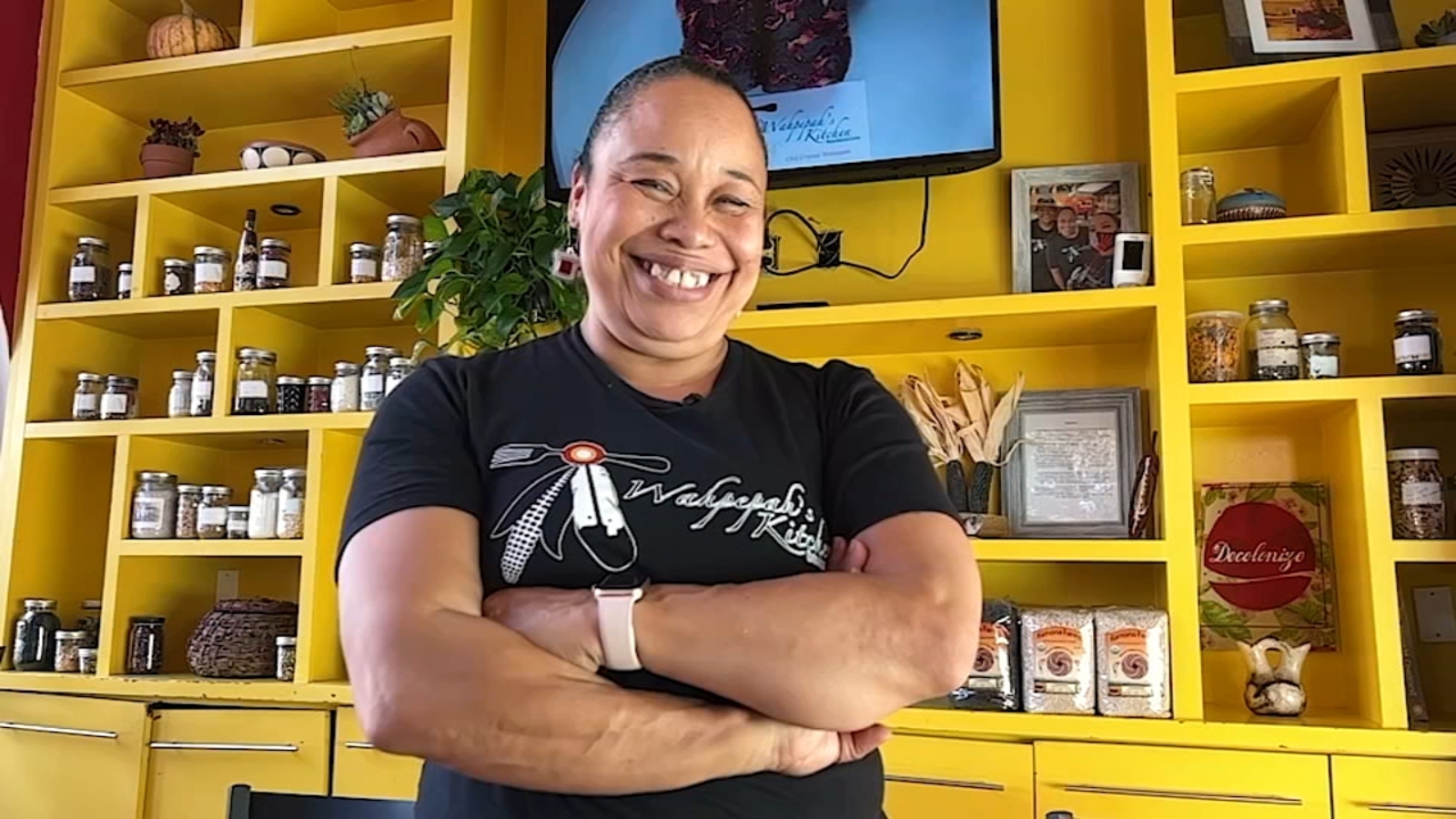 Chef Crystal Wahpepah, who owned one of the only Native American catering businesses in California for 12 years, is opening a new restaurant bringing her vision of native cuisine to East Bay.

The restaurant opens Saturday, November 13 in Fruitvale Village of Oakland, next to the Fruitvale BART station.

“It’s amazing,” she told ABC7 News Race & Culture reporter Julian Glover. “To have this space in this restaurant is to heal from historical trauma and colonization.”

The pioneering chef was the first Native American to appear on Food Network’s hit show “Chopped” and is now adding another accolade to her list as one of the few Native American-owned restaurants in the region. bay.

â€œMe being born and raised as a Kickapoo Native American and also African American from East Oakland: if I can do it, you can too,â€ she said.

Chef Wahpepah invited ABC7News to take a first look at the brand new restaurant as she finalized the menu.

She scrolled through a variety of dishes ranging from a wild rice cake to an “old porridge” made from quinoa, amaranth and wild rice topped with spicy chili.

Other dishes offer a familiar twist, like a blue corn waffle with a fried turkey wing, topped with a compote of fresh berries and homemade maple butter.

Each menu features authentic indigenous foods made with local and seasonal ingredients.

A dish of pearl hominy with seasonal squash comes from the pages of her grandmother’s kitchen.

“When I see this dish and when I taste it, I can just close my eyes and go back to the kitchen with (my grandmother).”

The chief said she drew both inspiration and strength from her ancestors in the Kickapoo tribe from Oklahoma.

She sees the restaurant as a cultural exchange, where people unfamiliar with Native cuisine can get a good meal and a good lesson by visiting her Native American Food Pantry.

â€œOur food is harvested and I wanted to show that for educational purposes. This is the main purpose of allowing them to see where our food comes from and how we use our food in these dishes,â€ she said.

The decor also features hand-painted murals by Native American artists paying homage to the food restaurant-goers will find on the menu.

Many of the restaurant’s staff, from back-house employees to chefs, are also Native Americans and say the importance of opening this space during Native American Heritage Month is not lost on them.

â€œI have worked in a lot of restaurants, but never in a Native American restaurant,â€ said Sonny Vierra. “This is a good opportunity for the people of this community.”

â€œI used to always cook someone else’s food,â€ said chef Joshua Hoyt. “This is the opportunity to make my food.”

Chef Wahpepah considers his team, the Indigenous Food Warriors, a slogan you’ll find on the back of staff t-shirts.

She remembers her grandfather’s stories of how her ancestors fought for survival and now she is fighting for a rightful place in our history and in our understanding of what native food is.

â€œWe are warriors,â€ she said. “When it comes to our food, we are at the forefront of preserving our food and reviving our food.”

Wahpepah’s Kitchen is located at 3301 East 12th Street in Oakland. The restaurant opens to the public on Saturday, November 13 at 11 a.m.