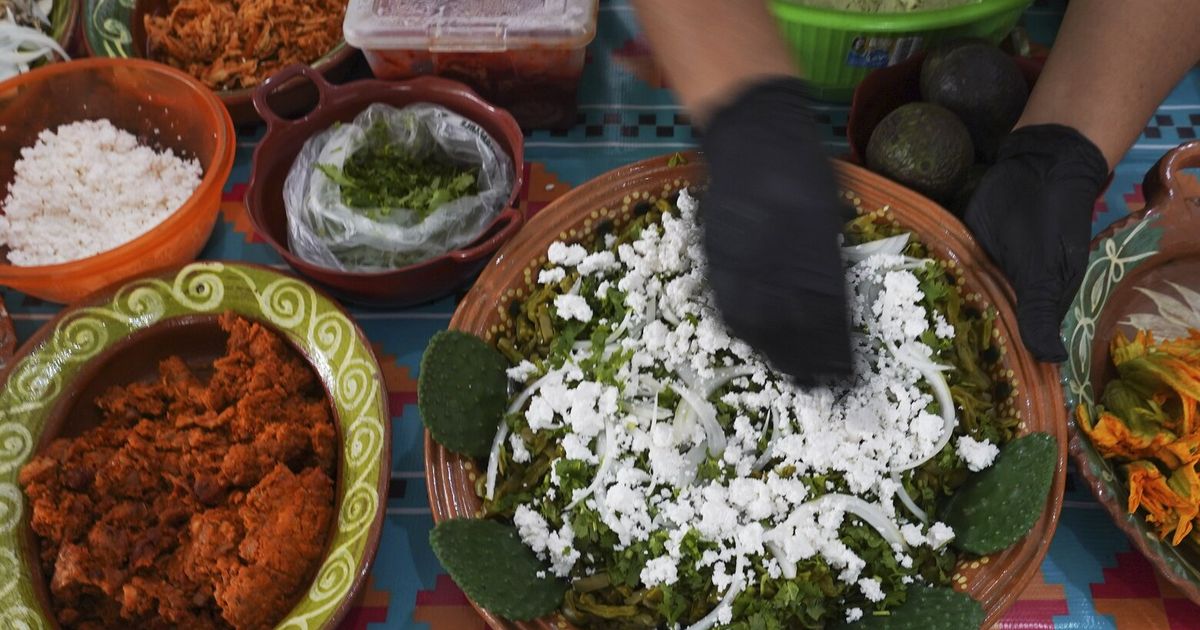 In August, I wrote about how I wouldn’t be touting the Mediterranean diet as much as I used to. One reason is that the emphasis on this one way of eating – delicious and nutritious as it is – is dismissive of other traditional ways of eating that are too delicious and nutritious, but which have not benefited from the research spotlight shone upon them. Take the example of Latin American cuisine.

Just like “the Mediterranean”, “Latin America” is not a monolith. It’s quite diverse, made up of Mexico, Central America, the Caribbean islands and South America – the countries that were affected by Spanish or Portuguese colonization centuries ago. While there are commonalities, the cuisines of this part of the world can be strongly regional, reflecting the blend of influences from indigenous peoples, their colonizers, and enslaved Africans. In her phenomenal cookbook, “The South American Table,” food writer, cooking teacher, and culinary historian Maria Baez Kijac calls South American cuisine, “a unique cuisine that I believe is unmatched anywhere in the world.” .

Unfortunately, I’ve observed a common misconception among non-Latinos that Latin American cuisine is less than healthy – too high in carbs and fats and too low in vegetables. Ironic, because I’ve also seen the food/wellness culture co-opt and select certain traditional Latin American foods as “superfoods” – avocados, chia seeds, quinoa, coconut milk, cashews , oat milk – while demonizing other traditional foods, namely corn, white rice and potatoes. It doesn’t matter that corn is a whole grain, potatoes pack a lot of nutrients, and a cup of brown rice only has one gram more fiber than white rice.

It’s easy to get an idea of ​​a culture’s cuisine from what we see on restaurant menus (including fast food menus), even though it doesn’t usually reflect what people from that culture eat and cook at home on average. For example, soups (sopas) and stews (caldos) are important in Latin American cuisine, but most Latin American restaurants don’t offer them.

In the United States, we are often accustomed to meals containing separate sources of protein and vegetables, such as grilled chicken with broccoli. With Latin American cuisine, mixed dishes are more common and vegetables are used both as a flavor base and as garnishes, so it may not be obvious how many vegetables you are eating. Beans, soups and stews can be cooked with sofrito – most versions start with onion and/or garlic, then add other ingredients such as tomatoes and peppers – then top with fresh salsas or raw vegetable toppings like shredded cabbage, radish, carrots or onion. Sauces, another important element of Latin American cuisine, are often also based on aromatic vegetables. There may also be a serving of pickled, fermented or grilled vegetables on the side.

When I first visited Buenos Aires, Argentina nearly 14 years ago, I had a mini-panic when few restaurant menus offered salads like the ones I had ordered at home. But the grilled vegetables were plentiful. (As I learned from the award-winning James Beard cookbook by Maricel E. Presilla, “Great Latina Kitchen“Latin American salads do exist – they just aren’t the leafy green concoctions I was used to.) When I visited Ecuador a decade later, I was much colder about the food.

We can learn a lot from Latin American cuisine, including how to use vegetables for flavor and how to incorporate more beans – a great source of protein, fiber and other nutrients. Like any food culture, Latin American food culture has nutritious and delicious food and is worth celebrating.

[email protected]; on Twitter: @CarrieDennett. Carrie Dennett, MPH, RDN, CD is a Registered Dietitian Nutritionist at Nutrition By Carrie and author of “Healthy For Your Life: A Holistic Approach to Optimal Wellness.” Visit her at nutritionbycarrie.com.